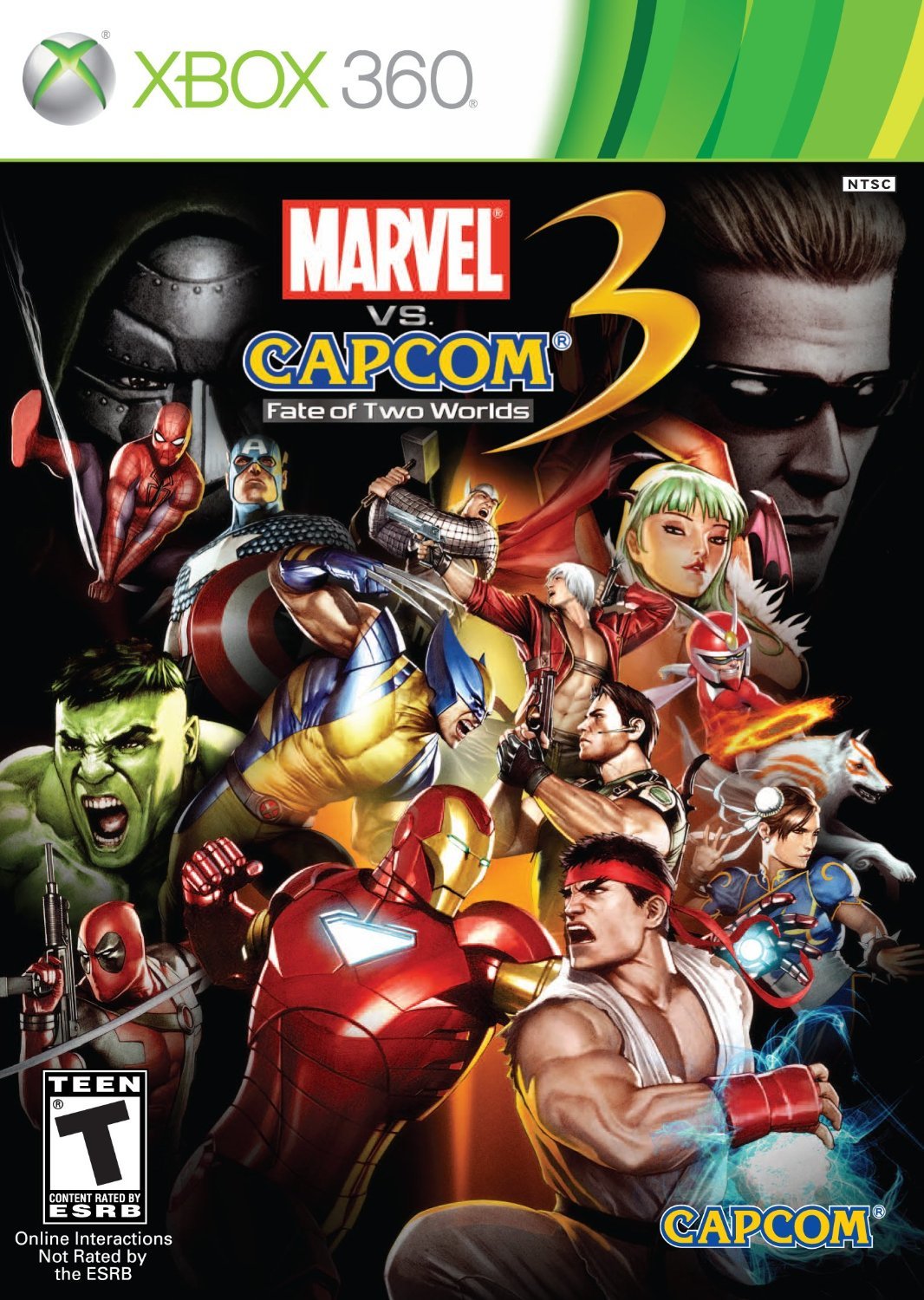 Welcome to Calendar Man, our weekly new release column. Here’s you’ll find out about all of the new releases for the upcoming week and any sales or deals I feel you should be aware of. There’s nothing better than saving money on games so that you can buy more games. Thriftiness, woo. Hit the Read More link to see what you’ll be blowing your hard earned cash on this week.

First of all, I should point out that Monday is Valentine’s Day so be sure to save a little money so that you can buy your sweetie a gift lest you find yourself with possibly the greatest gift of all, more free time to play video games.

First up is Marvel vs Capcom 3: Fate of Two Worlds, a game that Danielle and I played at E3. I was feeling pretty cocky with my unstoppable attacks courtesy of Captain America until Danielle brought out Dante and completely obliterated me. I must admit, I am intrigued by both the premise and the gorgeous graphics but A) I am terrible at fighting games, B) I don’t have an arcade stick and C) until this game has Squirrel Girl in it, it’s just a waste of time. Release Date: 2/15

For all of you old school RPG fans, Dragon Quest VI: Realms of Revelation is finally making its North American debut. I loved DQ9 and am looking forward to the different combat engine and class system but not being able to see roaming beasties on the world map may be hard to get used to. Random encounters are so trite. Release Date: 2/14

If you ever thought that you’d like to experience all of the steroid induced, macho stupidity of an Epic game but you’re not entirely sold on Bulletstorm, the Gears of War Triple Pack may be just the thing for you. It includes Gears of War, Gears of War 2, all of the multiplayer maps and the content pack where Dom and Marcus play dress up. All for the low, low price of 30 bucks. I joke, but Gears of War is still one of my favorite 360 games and probably my favorite cover shooter. True story, my friend and I played all of Gears on Insane and spent about two hours trying to take down General Raam. We took a break, I did some research and the next time we played, it took is about two minutes start to finish to take him down with alternating, active reloaded torque bow shots. It was glorious. Release Date: 2/15

If you haven’t bowled enough this console generation, Brunswick Pro Bowling for the Kinect will let you experience the joy of motion based bowling on the 360. The game has bumper bowling for the kiddies as well as online league play. Release Date: 2/15

Also in the Kinect department is Dance Paradise also known as “That Dance Game That Isn’t Dance Central”. It boasts the most songs of any dance game to date, a whopping 40 numbers. Plus, it shows the song’s music video in the background for spectators, as if watching your friends flail around isn’t entertainment enough. Release Date: 2/15

PSP owners have Tactics Ogre: Let us Cling Together to look forward to, with all of its, um, tactical, er, stuff. I have no idea what this game is about, but I’m sure tactics come into play somewhere. That and clinging. Release Date: 2/15

Not much out there in the deal department this week but here are the best of the admittedly slim picking:

Target is giving a free action figure when you buy Marvel vs Capcom 3. From the ad, it kind of looks like Spider-Man 2099 but maybe they vary per store because if not, that’s a pretty lame figure. Also at Target, if you buy two Kinect games, you save ten bucks.

Toys R Us will give you a 15 buck gift card when you buy Marvel vs Capcom 3. Sometimes TRU puts annoying expiration dates on their gift cards, so be aware. If you buy Dragon Quest VI or Mario Sports Mix, you’ll save ten bucks on any other Wii or DS game.

Best Buy is still hawking PS3’s with a 50 buck Best Buy gift card. Other than that, they’ve got bupkus.