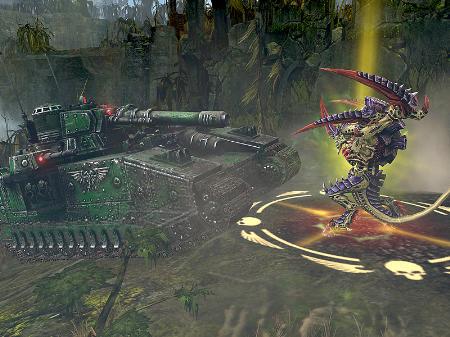 A couple of items at GameShark that may interest you today. I try to keep the plugs to a minimum over here as the last thing we want is for NHS to turn into just a platform to promote the site we all get paid to write for, but from time to time I think it’s fine. Like today.

Tom Chick has a preview for the Imperial Guard faction in Dawn of War II Retribution and Rob Zacny of TMA fame has a preview posted for Naval War Arctic Circle.

As for Dawn of War II — I started to get back into recently with the open beta for Retribution and have convinced two close friends to get the Gold edition. Todd has DoW 2 but not Chaos Rising but we can still play multiplayer. Stay tuned for some battle reports as we show off exactly why this blog is called No High Scores.