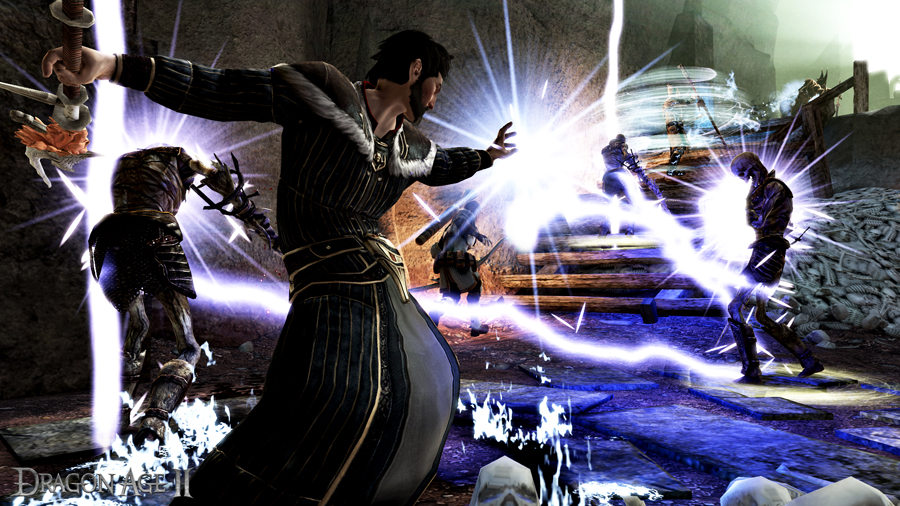 I did something today that I haven’t done in quite awhile: Download and play a game demo. For me, that’s unheard of. My game budget is small enough that I pretty much know if I want to play a game or not and if I know I’m going to play it, I don’t want to spend the time or effort to muck around with a demo. That said, I wanted to write some about the upcoming Dragon Age 2 release, and with the demo freshly on the intertubes, I thought maybe I should break my rule and check it out. I really don’t know what to think about it. On one hand, there’s definitely some Dragon Age flavor to it that I liked. On the other, they’ve turned Flemeth into a dominatrix.

Okay, there are more interesting things to talk about with this demo than Flemeth, but I made a promise and, besides that, I think it sort of underscores Bioware’s apparent mindset with this game; which is to say, lowest common denominator may just be the order of the day. Here we have a screencap of Flemeth from Dragon Age 1. 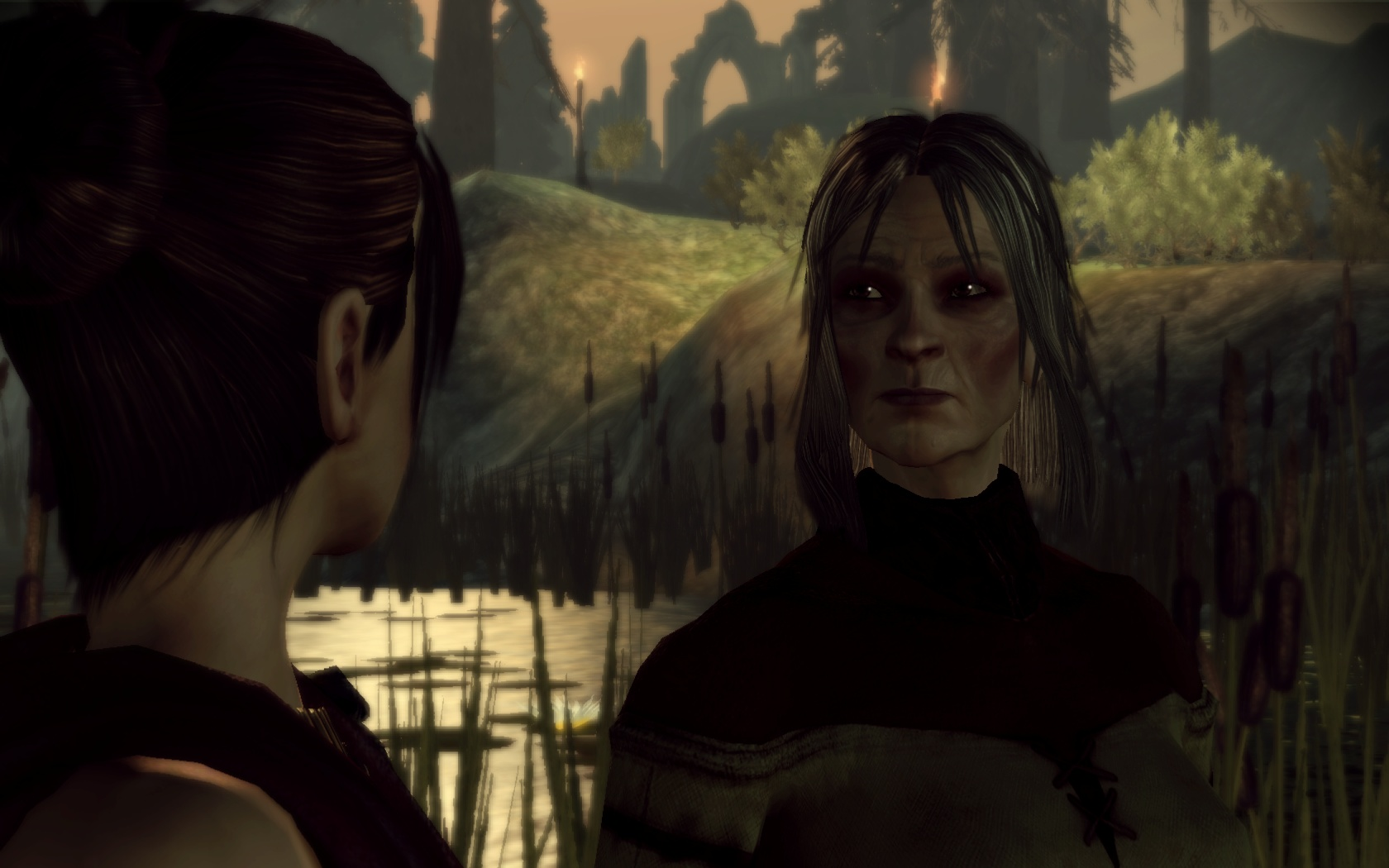 Flemeth, if you didn’t play the first game, is the Witch of the Wilds. A thing that people fear. As you can see here she’s old and not particularly attractive, although we’re told she was once quite beautiful. Oh, and she turns into a dragon every now and then. A neat trick, that. Here we have a grab of Flemeth from Dragon Age 2. 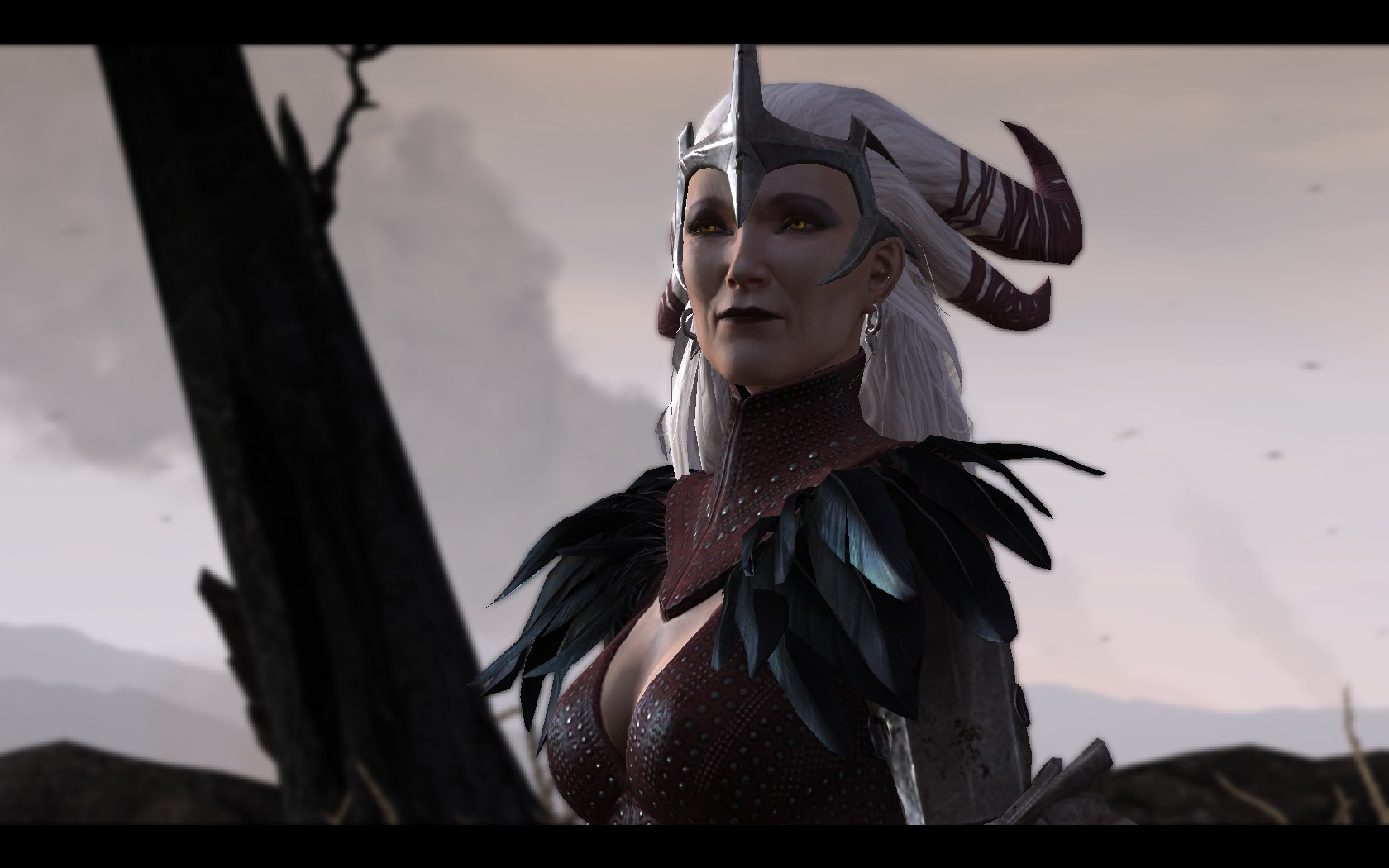 Not seen here: The rest of the ensemble. The gauntlets are quite a sight, I can tell you. Sadly, I missed my chance to grab that and didn’t want to go back.

Is that even the same character? That’s not a graphical upgrade, that’s an extreme home makeover, one that doesn’t make a whole hell of a lot of sense given that the in-game time line overlaps between these portions of Dragon Age 1 and Dragon Age 2. At most, these images are days apart. Why change her so radically? You know why. We all know why. But let’s go ahead and say it, just in the interests of clarity: Someone at Bioware (or parent EA) sat in a meeting and said, “Pretty that wench up.” Of course, I’m paraphrasing.

Now, I’m all for pretty girls in games. If you’re gonna stare at characters for hours on end, they may as well look good, but I think we all know Dragon Age 2 is not going to be lacking in that department. Just in the demo there’s two young busty ladies for undersexed males to ogle and imagine all sorts of polygonal depravity. Guys, just leave Flemeth as Flemeth. There was nothing wrong with her in the first game, there would have been nothing wrong with keeping her look consistent in this game. In fact, it should have been deemed necessary given the time line. This is just silly and condescending. It irritates me.

Speaking of being irritated, here’s a random collection of thoughts I wrote down as I played through the demo:

– Choosing your character is a straight up rip-off of the Diablo 2 character selection screen. Fine, whatever. I don’t so much care, I just think it’s interesting. At the same time, three classes (each with male and female variants), is quite a departure from Dragon Age. Yes, yes, I’ve read all about the demands of the story and voicing and all that. Fine then, but if you’re going that route, maybe, just maybe, you shouldn’t act surprised people think you’re Mass Effecting the franchise.

– Fireball effects sound like laser blasts. Again, if you’re worried about the Mass Effectification (yay for new words!) of Dragon Age, this is also not an encouraging sign.

– All character attributes and skills (that I could see) relate only to combat except cunning (which also affects lockpicks and traps). Maybe I missed something or there’s stuff not in the demo, but I saw no skills at all related to dialog or any other non-combat action. This isn’t a ginormous leap from DA, but is a further step away from having character attributes and skills matter for more than how well you swing a sword or cast a spell. When people talk about this game going the action RPG route, this is yet another reason why.

– I had hoped for return of combat formations as we used to have with the Infinity Engine games. Didn’t expect it, but you never know, right? Yeah, no such luck.

– As most of you probably already know, the overhead tactical camera view we PC players so enjoyed is gone. Bioware says we won’t miss it. They’re either deluding themselves or just flat out lying. I cannot express how much this irritates me. It took a half hour of fighting in the demo for me to stop rolling back on the mouse wheel hoping that this time the camera would somehow pull back just a little bit further. The loss of the camera won’t kill the game, and I’ll adjust, but man does it suck not to have it. It makes assessing the field of battle frustrating. I still don’t know how anyone can play this on a console, but then, I’m a snob.

– There’s a ton of fighting in this demo. Walk 20 yards, fight a battle in which you’re outnumbered 3 to 1. Rinse. Repeat. This is hopefully just a demo thing. Dragon Age on the PC was like this in some spots and not in others and I’m assuming the same here, but the yellow flag is up. Also, there’s an Ogre encounter that is flat out boring because it takes so long to kill him. (Well, it took me awhile because I was down to my last conscious character.) Stab, stab, stab, stab, stab, health potion, stab, stab, stab. This went on for like 5 minutes.

– Isabella the rogue pirate lady is… quite something.

READ ALSO:  This is an Actual Press Release

– The persistent blood splatter after combat has not been adjusted one teency little bit and, thusly, it remains incredibly stupid. I’m fine with a little spatter, but there’s a difference between grit and gore. This is gore.

– Her makeover aside, Flemeth’s appearance really saved the demo for me. That was the point where the dialog, presentation, etc. started to come together and I started to get interested in what was going on and where it was going. There’s a beautifully executed scene I tried to grab a screen cap of and failed (wrong button) that has to do with an infected character. Hopefully there’s a lot more from where that came.

As I look this over I realize this comes off incredibly negative. And there’s an extent to which that’s how I feel about it. There are a lot of things here that I don’t like, but a fair chunk of that is probably stuff I’ll get used to. It’s much too soon to say they’ve Mass Effected the game, but at the same time, there’s absolutely nothing here to dispel that notion either. This feels like an action RPG. There’s nothing wrong with that in principle. I quite like Mass Effect 1 and 2 as well as several fantasy-based action RPGs. That said, Dragon Age: Origins was not an action RPG and guess what? It sold just fine, thank you very much. I don’t see the need for some of these changes. There’s room in the market, and in Bioware’s profile, for RPG types to be differentiated by more than just their setting.