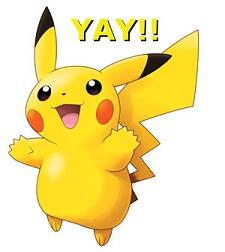 So, instead of all of that GDC blather that I’m sure someone else will cover, stick with me to get your fill of Pokemon related posts to get you good and ready for Pokemon Black and White. I even have a Pokemon themed version of Don’t Shoot the Food coming on Friday. Stick around my Pokebrothers and Pokesisters because it’s going to be Pokeawesome!

READ ALSO:  Tyranny of Dragons and Princes of the Apocalypse Review

7 thoughts to “Welcome to Pokemon Week!”