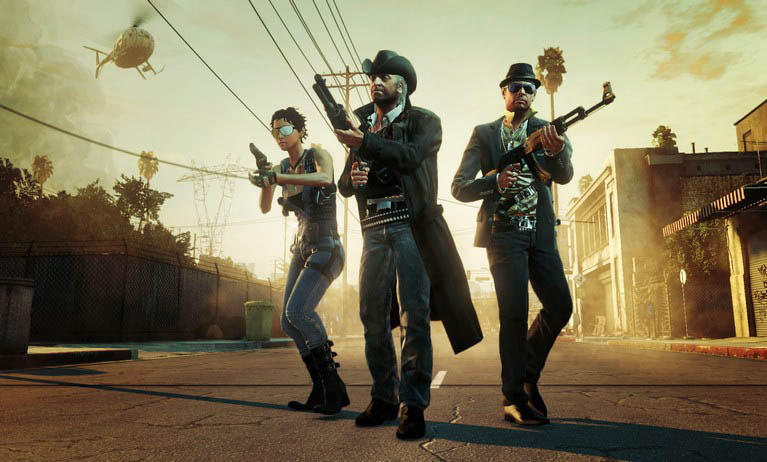 Ubisoft released some additional info for Call of Juarez: The Cartel, including news on its co-op play. (In that it has co-op play.)
In fact, this press release hit my Inbox on Thursday and I missed it when I posted the video. One astute NHS reader said about the trailer, “give us a protagonist that’s a little more Benicio Del Toro from Traffic and a little less Kenny Rogers in a bullet proof vest.”

I couldn’t agree more, but Kenny puts asses in the seats.

Call of Juarez: The Cartel has a deep and gritty storyline that begins with a fictional drug cartel bombing a U.S. law enforcement agency, devastating the building and killing hundreds of people. The attack is a surprise, leading the U.S. to believe that cartel members had somehow infiltrated federal agencies. In a last-ditch effort, the U.S. puts together a special task force to hunt down and stop the drug cartel. The task force consists of:
– Kim Evans, a gang-affiliated street kid-turned-FBI agent
– Eddie Guerra, a DEA agent with a chronic gambling habit
– Ben McCall, a brutal LAPD detective and descendant of Ray McCall from the original Call of Juarez

As the task force trio searches for the head of the cartel, they’re confronted with a variety of challenges that take them on a journey from Los Angeles, California, through Arizona and New Mexico to Juarez, Mexico. To complicate things further, Kim, Eddie and Ben each have their own personal challenges and demons* to face, which makes for a complex and high-adrenaline gaming experience driven by a rich storyline evident throughout the Call of Juarez franchise.

Key features include:
– Three player online co-op with Kim Evans, Eddie Guerra and Ben McCall
– Gamers can play the entire campaign with each of the three characters; each character has his/her own unique story and ending
– Huge selection of weapons including pistols, machine guns, sniper rifles, anti-air weapons and more
– Wide variety of maps and missions including punitive raids, witness protection, undercover missions, and car chases

Additional information will be revealed soon, including details about multiplayer and a twist on the three-player co-op storyline.