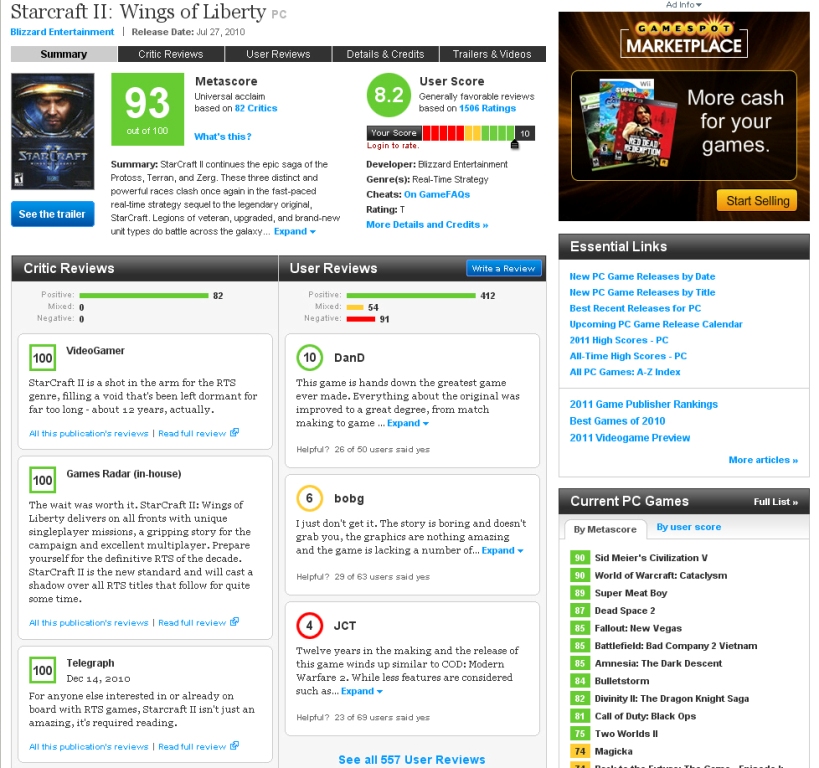 If you scroll down a couple of posts you’ll see the Capcom/Metacritic/Dante-Looks-Weird story. I thought that was going to be our Metacritic Post of the Day. But this one is even better.

Tom Chick is a friend of mine, and he also happens to write for us at GameShark from time to time. Tom reviewed StarCraft II and wrote what I felt was by far the best piece of criticism on that game that you are likely to find published. It was fair, well written, and perfectly voiced.

Tom is, quite simply, one of the best in the business regardless of whether or not you agree with him — that’s really not the point. Tom and I disagree all the time and he likes it when people do because that can spur conversation, which he also enjoys.

Most of the time.

Tom was recently part of a GDC strategy gaming panel and was confronted by StarCraft II lead designer Dustin Browder, who just like so many people in this industry, has no earthly idea how Metacritic works, which to me is the issue more than Metacritic itself. You have to read this one, as it drives home the Metacritic point far better than anything I can say.

The only thing missing is the resolution of that discussion, which I plan on asking Tom about on this week’s podcast. (Is that a teaser? Did I just tease you guys? I think that was my first teaser!)