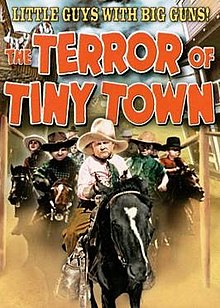 Pictured is one way that Red Dead Redemption could have been improved. No, not by Jed Buell’s Midgets, but by it being shorter.

Over the past several years most AAA games, barring anything developed by Bethesda, Rockstar, and BioWare, have been offering shorter campaign experiences supplemented by multiplayer or extended play modes. With skyrocketing development budgets and the impetus to produce the next big blockbuster, the days of the 20 hour single player campaign- let alone the 40-50 hour one- are gone. And I say “good riddance”, particularly as games become more filmic and dependent on qualities such as pacing, direction, and visceral impact.

When Platinum Games’ incredible Vanquish released last year, one of the most common complaints from the internet peanut gallery was that its four to six hour campaign was too short. The usual forum cries ranged from “rental” to “ripoff”, with most bandwagon hysterics failing to acknowledge or understand the kind of game the cocaine-bender-of-a-shooter was intended to be. Yes, the campaign was short and indeed it was shorter in comparison to most modern examples. But it was also insanely paced, tightly directed, and sharply focused- not to mention that score attack and challenge modes extended the replay into an arcade-like experience and multiple difficulty levels double or even triple the play value. You wouldn’t want a game like Vanquish to be an epic 20 hour game filled with meandering story, repetitive missions, and long passages of doing nothing. I spent $60 on the game and I never felt shorted by the brief campaign. I felt exhilarated. All killer, no filler.

But many gamers chafe at paying full retail for a game that isn’t offering these extended story modes, mostly because everyone has these apocryphal (and likely exaggerated) stories of spending fifty to a hundred or more hours on Final Fantasy VII, Fallout 3, Grand Theft Auto IV, or Baldur’s Gate. I think my legendary tale of game duration is probably Phantasy Star II, I swear I put a hundred hours into that one myself. But how much of that was actually in playing the game, as in engaging the gameplay and moving the narrative or character progression forward, and how much of that was in wandering around lost, talking to inconsequential NPCs, fiddling with equipment, looking at shop inventories, engaging in random encounters or simply grinding? It seems to me that many of these mythical hours spent playing the long games of days gone by was wasted in a quagmire of illusory content that may not have actually existed.

The open world design concept has added many hours of play (if not content) to some current designs. But how much of a game like Red Dead Redemption is meaningful content and how much is just filler and empty padding to extend the length of time it takes to play the game and to enable Rockstar to claim that they’ve released an “epic” game with countless hours of gameplay? After ten hours of side quests including plenty of dreadful flower picking, I realized how much of a sham it was to suggest that there was this vast frontier to explore in the game- let alone that there was anything approaching a focused or well-written Western experience.

I’m at the point in my gaming life where I’ll gladly take a ten hour, tightly controlled campaign with good writing, tight scenario design, and great gameplay over a twenty or more hour one that has me doing what amounts to nothing in the grand scheme of story and character progression. Some games are more appropriate for a longer experience- I’m looking forward to spending 30 or so hours with Dragon Age II- but to suggest that something like Bulletstorm or a Call of Duty campaign should be more than a couple of hours start to finish is frankly ridiculous. Don’t you people understand pacing, rhythm, and narrative trajectory? You’d almost think that gamers would be more happy plunking down their sixty bucks for a sloppy, directionless game with a guaranteed 100 hour campaign than they would for a truly filmic, well-framed and executed story with tight gameplay.

In a sense, it’s the director’s cut mentality- the belief that longer is by default better. Yet in many cases a director’s cut adds footage that was intentionally cut to improve the picture. It’s not always a case where the aggrieved artist was forced to alter their work against their wishes or vision, hence the subtext behind the term “director’s cut”. Less is often more, as any creator working in any medium is aware. What does Aliens really gain from all of that rambling footage with Newt’s parents? Nothing, except length and weaker content that lessens the strength of the whole.

There is a lot to be said for games that opt to tighten up content and streamline play to focus on what is most important and instead strengthen the whole. Mass Effect 2, for example, was an amazing example of how to edit the process of playing a CRPG down to its core essentials. Citadel may only have a couple of areas, but they’re all essential and there is a story component in each one. So what if you can’t walk into some random building off in the distance to look at some things that do nothing to further the world-building or plot development. Conversely, while playing Oblivion recently I realized that for as big and expansive Cyrodil is, most of it is completely inconsequential, meaningless, and existent only to create an illusion of true content. I played a fighting class, so the extensive magic and crafting system really added nothing to my experience. And don’t get me started on all of the lore found in all of those books, none of which adds anything crucial to the story or gameplay.

I do believe there is a major difference in the discussion about game length when considering games like Street Fighter, Diablo, Starcraft, sports games, or a multiplayer-focused shooter. These are games that are much less content-driven and focused more on mechanics and skill-based gameplay. I think you can get as many hours of great gaming as you want out of these kinds of titles chiefly because they aren’t reliant on single-player modes or specific storylines. They’re like an all-you-can-eat buffet.

But when the dinner bell rings on story-driven games, I’d much rather sit down to a great meal of that’s just enough than a gluttonous junk food feast. I’ll have the really nice small artisan pizza with farm-fresh ingredients over the $5.99 large from the corporate delivery chain, thanks. I’m finding more and more that once I hit the ten hour mark in most single-player campaigns, I’m ready for them to be over and I’m usually glad when they are so I can either move on to the next game or get back to playing something like a fighting game or multiplayer shooter. I do realize that for kids and folks who are more casual about gaming purchases that it’s more important to get value for the money out of a single purchase. It’s important to assess, however, where it is actually coming from- is it originating from solid, significant content or from lazy, bulky filler and false content meant to pacify consumers looking for longer playtimes and assumed value?