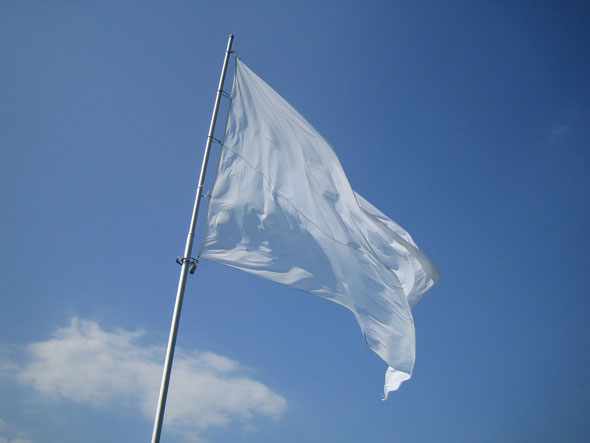 The plan was to post this long and drawn out examination of The Show’s franchise mode.

But I am not going to do that. Instead I’m going to tell you why I have finally raised the white flag…

There was a time, let’s call it from 1992 to 2009 that I railed, some would say endlessly, about franchise modes in sports games.

Every year all of the major sports franchises which include a type of franchise mode has an AI that struggles to play its own game in one form or another. It’s sort of like Civ V but with home runs. The developers have limited time/resources to focus on certain areas of its game and while a very vocal part of the sports gaming community plays franchise mode because really — that’s the meat of a game’s longevity for many of us, money/time is usually spent in other areas.

Let’s take The Show 11 as an example.

Baseball, off the field, is an incredibly complicated animal.

So many rules: Rule 5 draft, arbitration, option years, budgets, 40-man rosters, minor leagues, waivers, free agency, and on and on. It’s a lot to ask for a videogame where the majority of the resources are put into on the field execution.

When you combine ALL that goes into playing a great baseball game franchise mode, you really can’t DO that on a console because the interface makes it a PAIN IN THE ASS. Managing minor leagues, contracts, etc. etc. — it’s just not worth the effort to do it. At least not for me. Not anymore. I am tired of fighting that fight.

The Show has all sorts of weird franchise issues that are easily spotted after playing around with it for 30 minutes. Player progression, budget oddities, great players rotting in the FA pool, great players under team control not being tendered offers and becoming free agents, and so on. “Arcade” sports games do this sort of thing all the time. And make no mistake, as realistic as The Show is, it’s an arcade sports game. Arcade isn’t a dirty word but when YOU tell Pujols when to swing — you’re playing an arcade game, almost by definition.

Anyway, for a franchise mode to really work it needs to dot all the i’s and cross all the t’s and The Show 11 doesn’t do that. If you read forums you’ll see highly dedicated users offering suggestions on how to “fix” some of these issues — like “users controlling all 30 teams” and things that no sane person should have to do to enjoy a game’s designed feature.

I’m not doing that. I am not fighting a console UI just so I can see a star player go unsigned in the FA pool for three seasons. I turned 39 last month; I graduated from that school of nuttiness — with honors.

For these games to accomplish something with its franchise mode I’d like to see ALL of the money stuff removed. Gone. Get rid of it. Trash canned.

Think of it this way — why do we PLAY a game’s franchise mode?

I play them because I enjoy creating my own sense of history — building a team over the years, watching my league ebb and flow and evolve over time. Watching a player who used to be a star, now an aged vet well past his prime and a young rookie offering a glimpse to the future of the franchise.

It’s NOT whether or not the Reds should take a ******* bus or fly to their game in Cleveland. Or whether a vendor has enough team jackets to sell.

I like seeing league evolution but I also like to do this with as little busy time as humanly possible. Scouting, training, week to week “recruiting” in a college game — no more. Done.

As for the finances, I am sick of worrying about player salary in games of this nature. If a game is not going to be able to HANDLE finances — remove them. Go back to Reserve Clause baseball when free agency was a unicorn and teams owned players and you had to build your club via trades and the draft. Wouldn’t that be easier on the developer and also provide gamers with what they want? Some roster turnover and the ability to play a game that actually…worked?

As for me, my franchise fix is covered by Out of the Park Baseball, as our online league kicks off its 6th year of existence, I am getting that ebb and flow and watching players come and go and loving it. I’m not fighting with The Show to get what that game already provides — in spades.

3 thoughts to “MLB 11 The Show: The Franchise Woes”