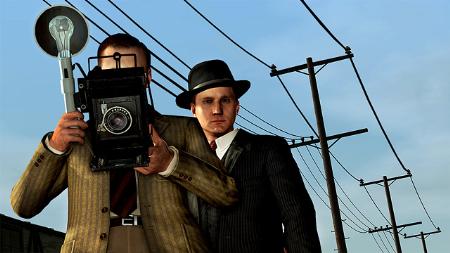 Nothing like a little shilling on a Monday but today we posted an informative preview of L.A. Noire over at the Mothership.

It’s a good read so give it a look. I think Justin raises a few important questions in this piece but I’m still eager to give this game a go. Here’s the point I am referring to:

While it makes sense not to have superfluous quests during a case – you do have a murder to solve – the open world segments do have one potentially upsetting flaw. Despite playing the role of a law-abiding and morally just police officer, you still have the ability to destroy property and mow down pedestrians without causing a scene.

That could rip you out of this game’s world if it’s not handled properly. Still, most of this sounds really slick, so we’ll have to wait and see.