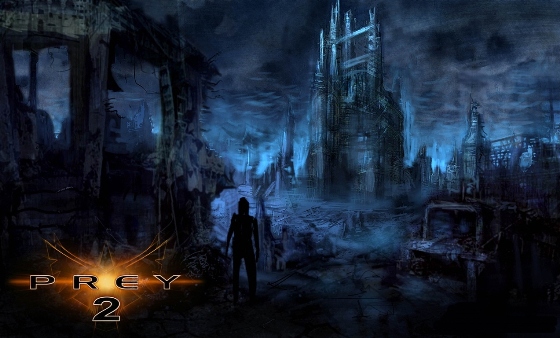 So it looks like Prey 2 is a go. Not sure how much this moves the meter with you folks but everyone seems to be talking about this so here’s the quick PR.

March 14, 2011 (London, UK) — Bethesda Softworks today announced that Prey 2, the sequel to the popular 2006 game, is scheduled for release in 2012 and will be available for Xbox 360 video game and entertainment system from Microsoft, PlayStation 3 computer entertainment system, and Games for Windows. First details on the game will be revealed in the May issue of PSM3.

Prey 2 is being developed by Human Head Studios, the studio that created Prey, the original award-winning game. Prey 2 is being built on the cutting edge id tech engine from id Software.

“We are thrilled to be working with Bethesda on Prey 2,” said Chris Rhinehart, project lead. Prey 2 will provide gamers the opportunity to explore a new facet of the Prey universe, one that offers fast-paced action in an open, alien world. We’re excited to show gamers the title we have been working on and hope they will be as excited by this title as we are.”