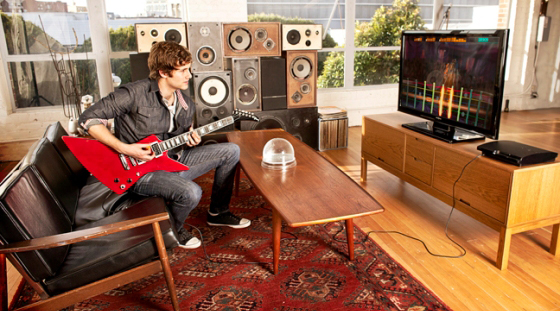 So, yeah. Rocksmith. Personally, I can’t think of a better time to release a music game with Rock Band in flux, Guitar Hero sailing off to the land of Broken Toys and Power Gig selling five copies to friends and families of the developer.

The hook with Rocksmith, according to a story at the Hollywood Reporter, this is a game about teaching you how to play guitar more than it is a simple “party game.” In fact the game ships with a real guitar — and a $200 price tag.

Ubisoft is banking on the fact that people/gamers will take the time to actually learn how to play the guitar using its software.

I swear between this and the We Dare fiasco it’s like Ubisoft is trying to lose money. I just don’t get it.

Maybe I am completely misreading the trend here but…this one’s a head scratcher.