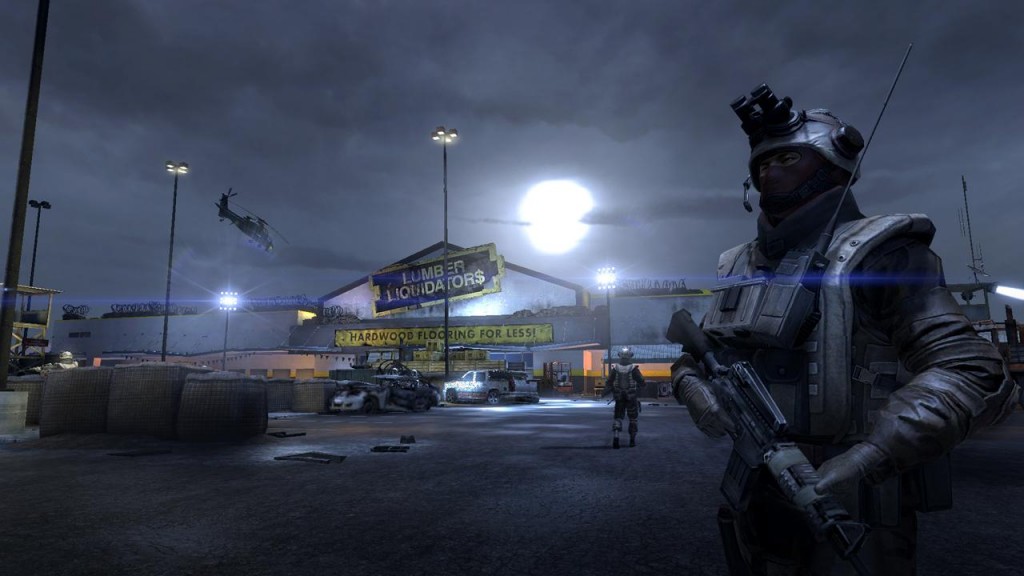 The power of the press, eh? Tom Chick’s Homefront review, which he’s writing for Gameshark, will be posted on Friday but the general consensus so far is that the game isn’t quite as good as we’d hoped. THQ sunk a lot of money into this game, and top level THQ reps spoke of it as a real competitor to Call of Duty and Battlefield. So far the critical reception has been less than glowing.

That said, Homefront pre-orders were through the roof, according to THQ, and it’s not like this is the first high profile game to receive middling review scores. Currently Homefront sits at the completely arbitrary “71” on Metacritic but according to a story from Reuters, this is the reason for the 9% stock drop.

“The first-person shooter game “Homefront” received a score of 75 on Metacritic, a website that tracks reviews of games. The market leader in war-themed games is Activision Blizzard’s (ATVI.O) “Call of Duty: Black Ops,” which has a score of 88 on the website. “This score is a bit of a disaster for THQ and the share price today is reflecting that,” said Janco Partners analyst Mike Hickey. “The market is a quality driven market (and) you need at least a score of 80 and above on Metacritic to do well.”

Even Reuters and “Janco Partners analyst Mike Hickey”, who somehow is under the impression that this is a “quality driven market” even though I can show Mike about 1,000 cases of where that’s not true, cite Metacritic scores as if they’re actually tangible and every time I see that my stomach starts to hurt and I need to get up from my PC and take the dogs outside, get some air, and hug my family for reassurance that the entire world in which I work hasn’t lost its collective mind. If, and this is a huge assumption, that the Metacritic score is the reason THQ’s stock dropped, then we really need to start looking at how this industry functions from a criticism standpoint because if it’s THAT big of a deal and we’re using arbitrary review numbers from an aggregate website to determine stock prices and, thus jobs and livelihoods, then we’re deeper down the rabbit hole than I ever imagined.

READ ALSO:  Keeping an Eye On — Hearts of Iron The Card Game

23 thoughts to “Homefront Reviews Cause THQ Stock to Plummet?”