It’s been an especially busy (and awesome) week for the DGM 6400 crew. We had two sessions this time around, one of them being an all-day stint at PAX East.

We arrived at the mammoth Boston Convention and Exhibition center early, which didn’t prevent me from getting caught in an insane line to grab my media badge, and we were kicked out of the first IGDA panel since floor-sitters weren’t welcome. Thankfully, everything went up from there – we were able to play – and have conversations with each of the teams behind – all of the games at the Boston Indie Showcase.

Smuggle truck, in particular caught my eye – it’s a satirical take on onerous American Immigration law, and a hilarious, uproarious game to boot. Alex Schwartz, the “chief scientist” behind the project, talked to everyone, extolling the virtues of Unity (a particularly awesome game engine) and giving the background on the game and its unique story. Snapshot and Blinding Silence both brought genuinely unique mechanics to the table, which is always nice to see (especially when you’re surrounded in a giant E3-like expo hall with franchise AAA’s blaring all around you).

We spent a good deal of the day in panels, including the awesome (and too short) talk on “dialogue as gameplay”, where Bioware’s Daniel Erickson semi-infamously said: “We always talk about when there’s going to be the Citizen Kane of games. There’s never going to be a Citizen Kane for ballet either. It’s a dumb concept. It’s a totally different genre of storytelling. Our biggest advantages is player agency so it’s what we have to put first.”

READ ALSO:  More Info on Call of Juarez: The Cartel

At the show, we spent equal amounts of time in in-depth conversations with small, indie developers and in career-focused programming (headed by folks from larger “AAA” studios), so we were able to effectively get both perspectives.

– A student/candidate’s portfolio is absolutely king when looking for a job at a bigger studio. It should contain only the very best work (and smaller is preferable, i.e. have fewer “great” pieces as opposed to several “good” ones).

– Everyone recommended having a portfolio website – many companies prefer links to attachments, and a website is another chance to show design/programming/art skills. Free blogs (wordpress, blogspot, etc.) are ok, as long as they aren’t used as “blogs” per se, but as a portfolio site that highlights your work.

– At larger studios, you will specialize to a tremendous degree, but it pays to have other related skills (such as a character artist who can also rig) for lean times at the studio.
-On an indie production, you’ll probably do a little bit of everything (design, program, art, marketing, etc.). Students need to choose which avenue they’d like to go and optimize their portfolios accordingly.

– This is huge: you need to learn a game engine. The biggest ones mentioned (that kept coming up throughout the day) were Unity and Unreal. 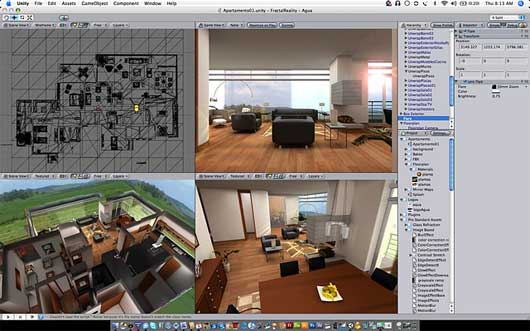 I was particularly interested in the point about learning game engines, especially for designers. Unity and Unreal were mentioned as top choices (for good reason, they’re damn near ubiquitous at this point), and something I’m certainly going to emphasize to students going forward. Every studio will be using an engine (whether its proprietary or licensed), so those skills are portable and incredibly useful.

On Monday night, we spent the entire class building in LittleBigPlanet. My students are excellent level builders by now, so we had a giant, tricky treehouse and a hilarious obstacle course up and running within an hour or two. Again, we have two small teams working on two-stage games each, so it’s nice to see quick progress.

Half of the class was spent playtesting – each team took turns handing over the reins to their classmates on the opposite team, observing their playthroughs for trouble spots, weak points, and everything else you never think of when you are designing things yourself.

It was remarkably instructive. One uninitiated student found a level-killing flaw within 5 seconds of starting a stage. Another playtesting session yielded several new ideas for directions their project could take. The feedback process is absolutely essential (and I’ve been teaching this class as if playtesting and the iterative process are gospel), and I could practically see the gears turning in students’ heads as they watched their colleagues fumble with their creations.

We’re building, playtesting and building some more from now until the end of the course, and next week is our penultimate session. 12 weeks goes by fast, and you can be sure I’ll have quite a few wrap-up thoughts at the end. For now, though, it’s LittleBigPlanet all the way to the end!

Check out every installment of LittleBigClass here!