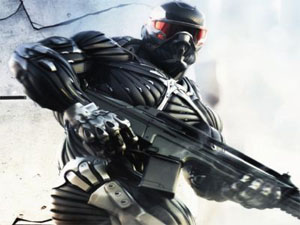 Welcome to Calendar Man where I outline all of the games you can spend your hard earned cash on. Shooterpalooza Year continues with the release of Crysis 2. Hope your video card is ready.

You’ll notice that the links are a little different in this week’s column as now they’re fancy new, Amazon associates link which means if you go to Amazon via this link and buy the linked product, we get a little scratch to help keep the lights on. As a result, the links are a little wordier. I guess Amazon wants you to know the product I’m linking to rather than have you rely on my crazed ramblings. They may be on to something. I think this whole online store thing may work…

If you like budget racing games with a fair amount of smashing around and 3D support, feel free to check out Mayhem 3D. It also has “splite screen” racing, whatever that is.

PS3 fans get the Tomb Raider Trilogy treatment this week, allowing you to chart the exploits of gaming’s favorite twin pistol packing heroine.

Dissidia 012 [duodecim] Final Fantasy, the sequel to Final Fantasy Dissadia drops this week, allowing you to live out all of your favorite Final Fantasy character brawling dreams.

On a similar note, Naruto Shippuden: Kizuna Drive, also for the PSP, also featuring dudes beating on one another, comes out this week. This time their ninjas though, so there’s that.

Man, there are a lot of expansion pack for The Sims. Oh look, another one! This time you can come see the violence inherent in the Sims system with The Sims Medieval – Limited Edition. Help, help, they’re being oppressed!

Steam – They’re not out yet, but you can save $5 on both Witcher 2 and Portal 2. See all of the Steam sales on their specials page.

Impulse – All of the Infinity Engine BioWare games (except for Planscape Torment) are on sale for $7.49. Stock up on classic RPG awesomeness. Other stuff is on sale too.