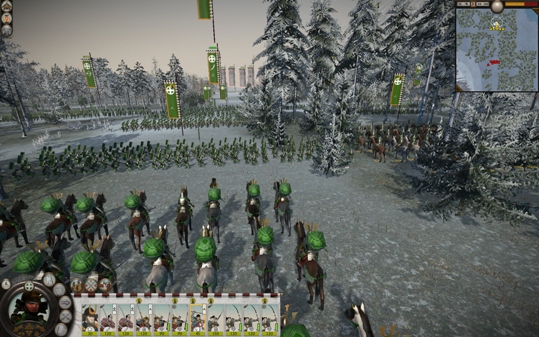 We, mighty Clan Shimazu, begin 1556 at war with the Miyoshi, an old ally of the destroyed Besshu Clan, and the Urakami, another small clan who was a trade partner with the Besshu and who have continued the war in their stead. Both clans are small in stature, and most likely in honor, and we will be swift in our mission to eliminate them.

The Miyoshi are in a far off land, to which we have no direct access so we set our sights on the Urakami; afterward we will have a strong foothold on western Honchu. But a new proposal has come our way…

The Urakami prove to be wiser than expected. After routing a small army on our way to its homeland fortress, a diplomat appears, begging for the survival of his clan. They propose that they become a vassal clan; they would pay us a tribute each season, grant us one army unit, and will be under our thumb while we let them do as they please unless we ask for assistance in a war. They do this in exchange for us allowing them to live.

We have received word that another major clan has perished – clan Hattori now vanish into the annals of history.

By sparing the Urakami, and its rich gold mine, we now have more money for which to build our armies and add to our infrastructure. New warhorses, No-Dachi Samurai (fierce two handed sword samurai) and Fire Bomb throwers are being recruited. Our armies grow stronger each season—and more expensive.

To the south, now that the Urakami are under our thumb, we can focus on the army occupying the province of Suo. Formerly a Clan Mori province, it is now under the control of honorless Rebels too weak and cowardly to form its own clan. We will show them no mercy and capture this province and secure their horse pastures which will allow us to recruit Katana Cavalry, armored warriors who thunder across the battlefield on horseback

The rebel army inside the fort city is large enough that it warrants a siege; we will starve them out.

By the end of 1556 they emerge from their stronghold and meet us on the field, only to be crushed by General Tomokata’s army, the brave general leading his men front and center like the honor filled warrior that he is.

After crushing the starving rebels and taking over Suo, we receive “National Renown” from the Imperial Majesty – our clan is now “prominent” and we are recognized throughout the land. We are honored by this recognition but it is now only a matter of time before the current Shogun plans his attack on us.

We will be ready.

To show just how powerful we have become, the bow experts of the Chokosabe Clan have offered a trade agreement in addition to 400 gold. We accept, and take this as a sign of respect…and potential weakness.

1557 begins as the Christian missionary Francis Xavier arrives in our homeland, asking to spread the word of his god. We remove him from our soil with all speed.

The Takaoka and Urakami clans are now at war. Do we assist our vassal clan or let them perish? The Takaoka are next to the Urakami so we send Tomokata over to investigate. They are not a known clan, but have multiple provinces and a fairly large army lead by a 5-star general. Tomokata wants to fight but we rein him in – perhaps there is a diplomatic solution? 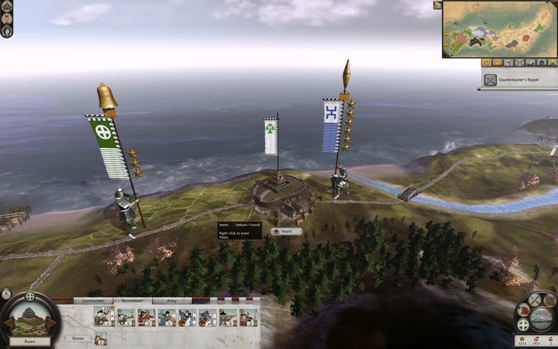 Our diplomats have secured an alliance with the Matsuda clan, a moderately sized clan who controls two provinces adjacent to the Takaoka. We grease the wheels or friendship with 200 gold – the Matsuda accept and enters the war.

READ ALSO:  Update from the Hand

The lack of honor of some clans makes me want to commit seppuku just out of spite. No sooner had we allied with the Matsuda, they refuse to grant access to our armies to enter their lands (note: this very well could have been a bug as Allied clans should have military access, or so I thought).

In addition to this, the Matsuda immediately declare war and attack the Urukami, sacking their and killing the clan in one fell swoop. We are honor bound to declare war on the Matsuda.

Our allies, the Sagara, refuse to lend assistance. We are on our own.

Several seasons pass as we continue to maneuver, build and focus our attention on the dogfaced Matsuda Clan. Finally we are ready. Our Daimyo is protecting our northern border, with his son and heir behind our lines reinforcing if need be – we call once again on Tomokata to be the steel that delivers the killing blow to the Matsuda. Tomokata’s speed is unmatched as he tracks down the Matsuda Daimyo in their province of Aki. Fielding 1,200 men to the Matsuda 1,100 this battle is evenly matched — but for Tomokata’s experience.

The battle takes place on a large hill – one in which Tomokata must assault to claim victory. The enemy fields mostly bowmen, yari spearmen, and some light cavalry. Tomokata has his trusty samurai, with supporting archers and his personal cavalry.

Tomokata’s plan is to bring the Matsuda off the hill, using archers, who are using fire arrows – it works. The Matsuda charge down the hill with their spearmen, only to meet the steel of the samurai. The spearmen have the advantage in high ground but the samurai have the advantage in skill.. The front line wavers back and forth as both archers take aim at one another and Tomokata seeks out the enemy general. 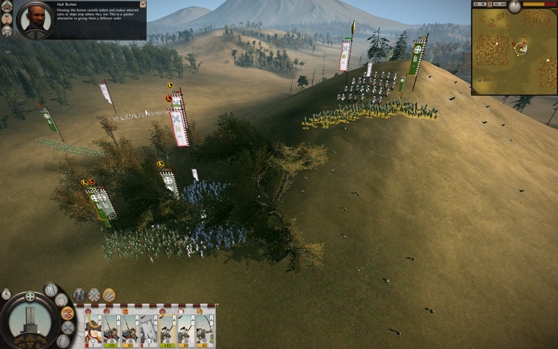 As the enemy spearmen begin to break, Tomokata catches an arrow in the eye and falls from his horse. Unseen by the main battle line, they continue to fight, forcing a retreat of the Matsuda.

And with it, our finest warrior.

It was an honorable death, and the Matsuda fled, and our Daimyo destroyed the last Matsuda army in the north to claim a complete victory but we now must consider the fact that we have no more experienced generals aside from our strong Daimyo…who just turned 47 years of age.

Upon sacking Aki after Tomokata’s death, we have the option to vassal the long dead Mori clan, which would effectively resurrect the clan and put them under our thumb. We agree to do this and the Mori enter the game once again, only this time, they owe us money…and the Shogun would like a word with us… 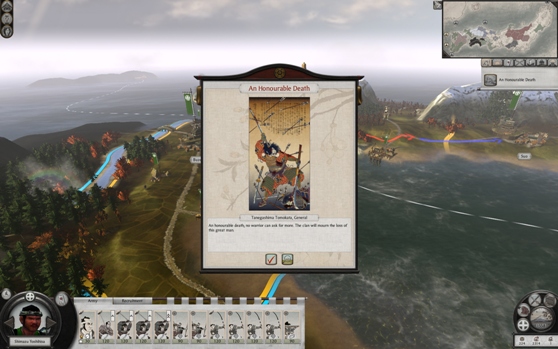