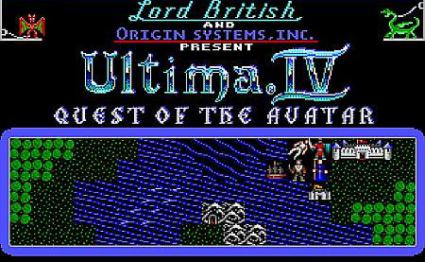 If you’ve been on any gaming news site this week you’ve probably seen a story about EA cracking down on people hosting free downloads of one of the all-time greats, Ultima IV. Combine this with long-running rumors about a mystery project at Mythic that may or may not be Ultima-related and speculation about an Ultima IV remake is running high. Although personally I’d like nothing more than a quality re-do of one of my favorite games, I remain firmly in the wait and see camp. What upsets a lot of people, though, is the notion of EA issuing mass take downs on ancient game code that interests relatively few people. The corporate monster, fresh off banning users from playing their games for being jerks on official forums, is at it again, right? But before you run off and send some hate EA’s way -it is, after all, a national past time- make sure to stop on by one of the better remaining Ultima pages, Ultima Aiera, for a few corrections and clarifications at the core of this story.

If you don’t want to make the jump (over to Aiera), here’s the most important take home: EA has not issued takedown notices to every site featuring an Ultima IV download. Sites (two of them) that long ago obtained official permission to host that version of the game (which came from a PC Games/Computer Gaming World pack-in CD from way back) still have those downloads available. It’s anyone who came in after and just decided to throw it up there that received the take down notices; at least, according to Aiera. (I’m not interested in fact-checking the assertions, but there’s no reason to doubt them.) Whether EA’s action is necessary or not (I’d lean towards not), there’s not really a villain here, so good news! We can all move on to the next outrage. How about this: The family house cat: Friend or foe?

EDIT: One group not mentioned in my post are the Ultima IV remakes, of which two Flash-based efforts (that I presume re-use copyrighted code) received takedown notices. Situation sucks considerably more for them and I do think EA’s action here is unnecessary and counterproductive. But whatever. It’s not like EA has been a friend to Joe Gamer lately. It’s just par for the course.

8 thoughts to “EA and the Ultima IV Crackdown”