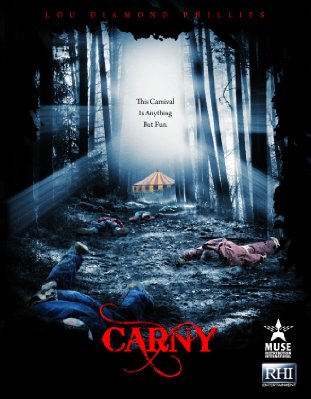 Welcome to Calendar Man where I outline all of the games you can spend your hard earned cash on. This week’s releases suck. There, I said it. Let’s just get to it so we can move on with our lives.

Welcome to the absolute worst release week in recent memory. All we have this week is carnies and Glee Karaoke. Seriously. After the wallet drain that was the 3DS launch, I’m happy for a little break but still. This is ridiculous. Oh well.

The Carnival Games series is terrible and I should know as I have had to review a bunch of them. Now that Kinect is around for them to lure more casual gamers into their web of crappy game design, it was only a matter of time before a Kinect version of these inveterate time wasters showed up. Carnival Games: Monkey See Monkey Do is that version. They appear to have added a monkey to the mix, because carnies weren’t terrifying enough. Now they’ve added screeching chimpanzees into the mix.

That’s it. I know, terrible right? Maybe some deals will make us feel better.

READ ALSO:  Dear Esther: Down in the Deep

Target – Buy 2 get one free on select games. The ad showed games like Bulletstorm and Killzone 3 but online it was only Wii games, so the safest thing would be to check your local store.

Steam – Steam has the awesome Indie Potato Sack bundle, consisting of 13 games, for the low, low price of $38.72 plus you get a potato hat in TF2. Check it, and all of their specials, out on their specials page.

Impulse – You can find all of the Impules sale games on their sale page too. Hey, I’m not going to do everything for you.