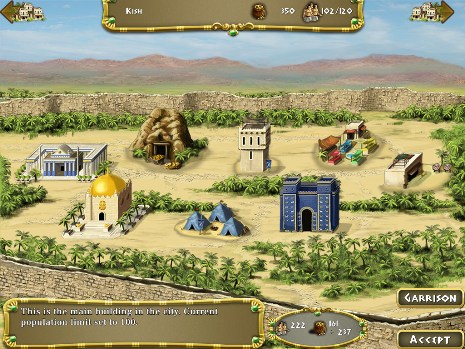 Unlike Todd’s post about Hunters: Episode One on the iPad, I haven’t played Egypt Engineering an Empire. However, I’m a sucker for anything like this and I don’t know of too many games in this genre on that platform, so it might be worth investigating. I mean come on: Egyptians, Syrians, Persians, Babylonians? I have to at least try this.

HISTORY Egypt Engineering an Empire allows players to build their own empire from its foundations to the height of its power. Acting as the leader of a territory from the Egyptian Empire, players manage all aspects of its rise, from economic growth to political power, the development of armies, and expansion into other regions by war and diplomacy.

There’s a line about rich graphics and gameplay which I’ll choose to ignore, but head over to the game’s product page for screens and additional information. I’m going to grab this today.

One thought to “Egypt on Your iPad”