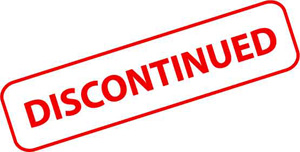 The DS Lite, arguably one of the most successful handheld console ever made is officially no more if a leaked internal GameStop memo is to be believed. According to GoNintendo, the memo states that the DS Lite’s have all been discontinued and once GameStops sell through their existing stock they are to take the console’s various boxes used in store displays and discard them like so much garbage. Nintendo, hasn’t said anything official however when the largest video game retailer in the country tells its stores to stop displaying a machine that has done nothing but sell since it was released, I’m thinking this is a thing that is happening.

Given that the DSi, DSi XL and shiny, new 3DS are still available for all of your dual screen needs, this isn’t surprising however it is a bit saddening. I had an original DS Phat and the revisions and improvements brought to the DS Lite were so welcome it made playing the DS, already an enjoyable experience, a complete joy. Unfortunately what it also did is make people say things like “Oh, five hour battery life on the 3DS? I’ll just wait for the eventual hardware revision.” Of course, that didn’t stop all of the revisions from selling like a house a fire.

So goodbye and God speed DS Lite. You will be missed.

One thought to “DS Lite Discontinued?”