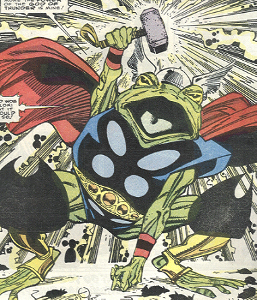 Welcome to Calendar Man where I tell you about the week’s upcoming releases as well as point out deals to help keep your cold, hard cash where it belongs, namely in your wallet.

Ah May, what a glorious month! My birthday is in May, as is my mom’s birthday and my son’s adoption day. Coincidentally, those last two are the same day, although they weren’t planned to be. Navigating a foreign adoption is tricky enough without asking the courts to do things on a particular date. May is also home to Mother’s Day, so if you haven’t already, put a card or gift in the mail for mom. With so many holidays in our house at such close proximity to each other, May is also a spectacular month for desserts. Just in time for swimsuit season!

Thor: God of Thunder releases this week and if the folks on my achievement hunting boards are to believed, it’s pretty terrible. Shocking! I may be reviewing it for GameShark, depending on review copy availability and as much as I like the extra cash, if review copies end up not being a possibility, I’m not sure I’ll weep too much for the son of Odin. Still, if you’re up for it, it’s coming out for every console out there.

If you draw a venn diagram that includes one set of racing fans and one set of fans of the apocalypse and you find yourself a member of the intersection of these sets, Motorstorm Apocalypse may be the game for you. I remember the original Motorstorm endlessly looping on the PS3 demo unit that was set up at the Circuit City right down the road from where I work. Oh Circuit City, with your perennial inability to stock anything new on release day, it’s no surprise you went belly up.

The History Channel continues it’s line of historical video games with History Great Battles Midieval, an RTS set during the Hundred Years War. You can play as either the British or the French. I’m assuming those were the big players. It would be silly if the History Channel got the historical aspects of the game incorrect and threw in some saucy Korean troops for good measure.

Finally, the new Mount and Blade expansion, With Fire and Sword comes out on Tuesday, available at fine, digital retailers everywhere. Bill has been playing a preview build and is terrible at it. Maybe you can do better. Here’s a hint, pikes and horses do not mix.

I’ll get to the store specific deals in a minute, but basically everyone and their mother now has Portal 2 on sale. Kmart started it by dropping the price to $35. Amazon matched it, and then Best Buy did too (sort of). The $40 price at Best Buy is unadvertised, but you can see it online. So, bottom line is that if you bought Portal 2 when it launched, I’d see if you can get a retroactive price match. Also, buying games at launch is now becoming more and more financially unsound.

Steam – Steam has all of the Mount & Blade games on sale including the Complete pack which includes Mount & Blade, Warband and With Fire & Sword for 20 bucks. Check out al of the deals on the specials page.