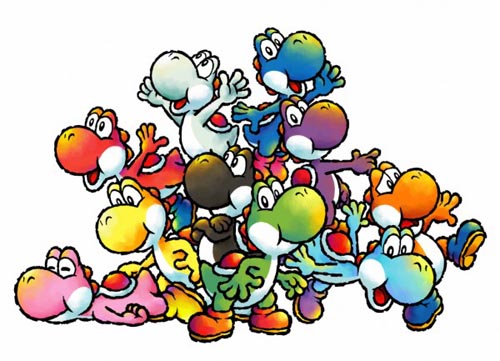 Since everyone around here is allowed to pimp their writing from other places, and because Bill mentioned that I should as well, I’m hereby linking my latest Getting Some Play column from AfterEllen.com, wherein I attempted to tackle the whole bizarro “issue” that came from IGN writer Jack DeVries writing “Fake or Gay”, a blog post that pondered the sexuality of both Yoshi and Turok (you know, the Dinosaur Hunter).

Now, I don’t think the post was meant to be taken as seriously as it was — but the whole thing was incredibly bizarre. While I do encourage you to go over to the site and give it a read (its pretty brief), here’s the main take away from my post:

“While it seems a little silly that it took a post about digital gay dinosaurs to get people talking about the representation of LGBT characters in games, it’s at least good to see some conversation on the topic. My hope is that other queer game writers at major sites will get the chance — and have the courage — to approach the topic in the future.”

On the top of my wish list for the next decade in gaming are a few stereotype-free LGBT characters in mainstream, well-liked titles. What better way to show an increasing maturity in the industry?

Do I want all games to be all things to all people? Of course not. But I certainly do think minority representation in a mainstream, large-scale entertainment form is a valid, worthwhile topic. Even though DeVries went about it in a rather strange way, I would like to see the topic handled in the future (maybe just with a little less prehistoric camp involved).

19 thoughts to “When gay dinosaurs ruled the earth”