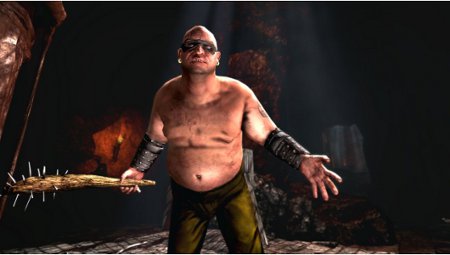 Welcome to Calendar Man, where I tell you about new releases, gaming deals and whatever else I want to blather on about.

This week has the release of Brink, Splash Damage’s long delayed class based, team multiplayer shooter. I feel bad for those guys, what with the PSN now not coming fully back online until the end of the month. Hopefully online play will be restored at some point before then as the gaming world has a short attention span and in three weeks’ time will anyone on the PS3 who hasn’t been able to play Brink want to? Who knows. On a more cheerier note, Lego brings their plastic-y charm to the Pirates of the Caribbean movies, which is good as that series has been utterly devoid of charm, or competent movie making in any form really, for quite some time.

As I mentioned before, Brink comes out this week and reviews for this one should be interesting. It’s a team based, multiplayer shooter but without the full brunt of the user base on the system can you really review the game? Review sessions have been set up by Bethesda, but it’s not going to compare to the real thing.

The Pirates of the Caribbean franchise has a new movie coming out this summer, a movie that has nothing to do with the previous ones except that Jack Sparrow and Barbarossa are back, which is good on both fronts as the last two movies sucked and those two guys are awesome. The new movie also has Ian McShane as Blackbeard a casting choice I heartily approve of. I guess it’s too much to ask that he drop some Al Swearengen bon mots, but a man can dream. True to form, the Lego Pirates of the Caribbean game comes out on pretty much every platform imaginable. They probably have some Atari 2600 versions kicking around just for fun.

Hey look, a new Yu Gi Oh game! Yu-Gi-Oh! 5D’s World Championship 2011 Over the Nexus boasts something like 4200 different cards. That’s a lot of cards. How can you possibly keep track of so many? Oh Yu Gi Oh. You so crazy!

The First Templar comes out this week for all of you Crusades fans looking for a 13th century co-op romp. Play as a templar! Play as a heretic! So many choices!

Virtua Tennis 4 has virtual sweat, which is kind of gross. I think we all know that athletes sweat. I don’t need to see it when I’m playing games. What’s next? The guy in the third row at center court virtually picking his virtual nose? See where you’re leading us Virtua Tennis? Down that path lies madness! Madness!

Dream Trigger 3D is a new 3DS game that’s not tied to eight other versions of the same game, making it noteworthy on two fronts. This game looks like what happens when you use an LSD square instead of an ARG card. The lights! They’re moving!

Finally, the epic struggle between MX and ATV continues in MX vs ATV Alive. From the title you’d think that the two vehicles types come to life and field an army of motorcrossian warriors that are fighting to see which side can grind humanity under their mud-soaked wheels but I’m pretty sure it’s just more racing.

Man, Kinect needs some new games. Not because I have Kinect and want to play new games on it, but because I’m tired of typing the same stupid game names week to week. Oh, look, Dance Central is on sale. You know, again.

Target – Save $20 when buying two 3DS games. Free $50 gift card with purchase of Xbox 360 Slim. Save $25 on purchase of Kinect and one of the following games: Michael Jackson: The Experience, Carnival Games: Monkey See Monkey Do, Body and Brain Connection. Poratl 2, Dragon Age 2 and Need for Speed 2 Unleashed for $39.99. Get any Lego Pirates set priced $11.99 or less free when buying Lego Pirates of the Caribbean (excludes 3DS version).

Steam – Steam is Dead Space crazy this week with Dead Space 1 and 2 on sale. You can find all of their sale items on the specials page.