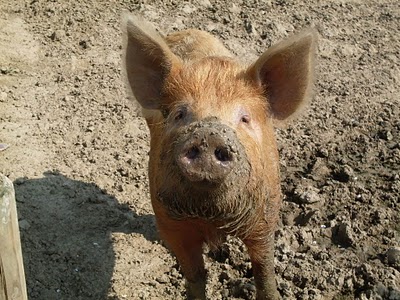 I think we all have games that we’re not good at but wish we were and for whatever reason, lack of skill, lack of time, old age, we just can’t move past our inabilities. For me, it’s racing games. I’ve mentioned before that I play one and only one racing game and that’s Burnout. I’ve tried Forza and PGR and while I appreciate their attention to detail, I never do well enough to move past the first racing tier and I spend all of my time racing the same crappy beginner’s cars. It’s hard to compete against the big boys when you’re stuck in a Golf. I don’t care how souped up it is.

Burnout though, has always been different. As an arcade racer, it’s a little more lenient. Plus, there are plenty of events that rely on your ability to run others off of the road, rather than simply drive well, so that I can proceed even if I’m not the best racer out there. Of course, once you get to the point where the game forces you to race, my lack of skills show themselves and it’s pretty much all over for me, but usually by then I’ve gotten far enough in the game to feel like I got my money’s worth. Burnout Paradise was the best in this regard and I managed to obtain my A license before hitting the brick wall of racing incompetence. For me, that’s a pretty good haul.

So with this week’s release of Dirt 3, a game I’m sure I’d love if was able to play it, I figured I’d throw racing a little food love. With the warm weather coming and a racing game set in the dirt and muck, it seemed a good time to break out a recipe for Mud Pie…

As a lover of chocolate, coffee and pie, Mud Pie is the perfect combination. Unfortunately, I’m the only mud pie aficionado in my house, so my love of Mud Pie is confined to trips to Cold Stone Creamery. It’s probably for the best that there aren’t more people in my house that like this particular dessert as it’s not seasonal, so I could conceivably make it every week, which I probably would. Exercise can only do so much, and I’m pretty sure a mud pie a week would qualify as “too much”.

Nevertheless, here’s a pretty simple mud pie recipe. There’s a little more pre-assembly work to do than usual, but all in all, it’s not bad. Plus, there’s minimal baking time which means your kitchen won’t get too hot in the summer. What you gain in climate control though, you lose in portability as ice cream pies don’t fare too well as picnic items. Oh well. Best to just eat it quickly and then make another once you get home.

Pie
1. Oreo crumb crust.
2. 1/2 gallon coffee ice cream – the reality is that you could do this pie with any ice cream and it would still be good, even if it’s not mud pie. If your family isn’t big on coffee, go full on Oreo and do it with Cookies and Cream ice cream, or Cookie Dough. Or, get really crazy and do a black cherry chocolate chip pie. Damn. Who’s hungry?
3. 2 cups coarsely broken Oreo cookies
4. Warm Mocha Sauce at room temperature, but still pourable

Cooking Steps
Crumb Crust
1. Preheat the oven to 325.
2. Pulse the cookies and cinnamon in a food processor until you have fine crumbs. Add the crumbs to a bowl and add the melted butter. Mix everything together until well mixed. Add the milk and mix until well mixed.
3. Press the crumb mixture into a 9 or 9.5 inch pie pan. Completely cover the bottom of the pan with the mixture and press it halfway up the sides of the pan. Try to make the thickness as uniform as possible.
4. Refrigerate the crust for 5 to 10 minutes.
5. Bake on the center rack for 6 minutes. Cool completely on a wire rack and refrigerate for at least 10 minutes before filling.

Warm Mocha Sauce
1. Bring the cream, coffee and butter to a simmer in a small saucepan over medium heat. Whisk well to dissolve the coffee. Remove it from the heat, let it sit for 2 minutes and then stir in the chocolate chips, whisking until the chocolate is fully melted. Whisk in the corn syrup and vanilla extract.
2. If you’re not using the sauce right away, let it cool and then refrigerate. Microwave on low, or warm over low heat to warm it back up.

Still hungry? Check out the Don’t Shoot the Food archive.