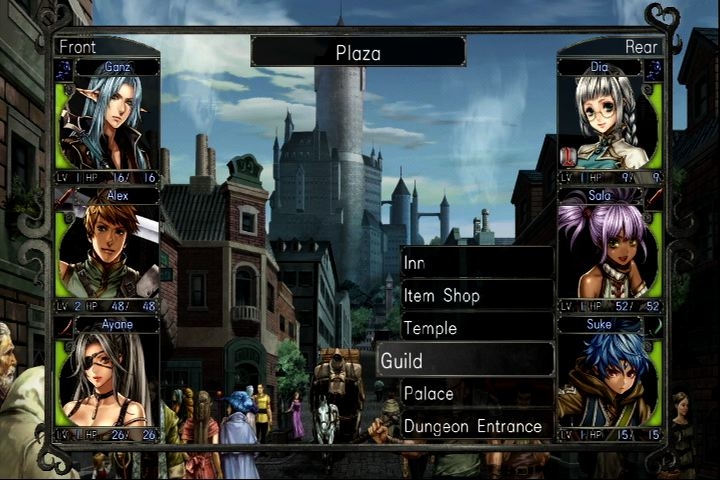 There’s a slew of new content on PSN today now that they’ve turned the lights back on and opened the doors. Under Siege looks pretty good, but there’s also the new Wizardry game vying for my attention and my non-compromised credit card. I’m skeptical since this is a Japanese development (through Xseed and ACQUIRE) and I don’t care for anime-styled fantasy, but it could be a gloriously old-school, turn-based RPG here. Better get the graph paper ready. Press follows.

XSEED Games, an independent-minded publisher, is pleased to announce today that Wizardry: Labyrinth of Lost Souls for the PlayStation®3 computer entertainment system is now available as a digital download on the PlayStation®Network, at a price of $14.99. The release of Wizardry: Labryinth of Lost Souls will provide fans of the series as well as fans of old-school, retro RPGs with the opportunity to experience one of the classics that inspired the genre as we know it today. XSEED Games will also release a multitude of downloadable content supporting the title in the coming weeks.

Wizardry: Labyrinth of Lost Souls, developed by ACQUIRE, is the latest entry in the long-standing Wizardry series and the first made available for Next-Gen consoles. With its roots stretching all the way back to 1981, Wizardry: Labyrinth of Lost Souls brings classic RPG-style gameplay to an all-new generation of gamers, pairing definitive in-game mechanics with modern, hand-drawn graphics presented in gorgeous high definition.

With 30 years of historic momentum, Wizardry is one of gaming’s oldest franchises, and is widely recognized as being one of the most influential titles in the RPG genre, earning it the nickname, “The Granddaddy of RPGs.” As one of the first games to feature grid-based dungeon crawling presented from a unique first-person perspective that remains a core part of the gaming experience today, Wizardry throws players into an epic fantasy adventure as they battle their way through dungeons with the aid of medieval weapons and magic.

These fundamental building blocks from 30 years ago form the basis of the gameplay mechanics upon which Wizardry: Labyrinth of Lost Souls is built. While these mechanics may seem simple at first glance, experienced players and hardcore RPG fans will appreciate the depth offered by Wizardry: Labyrinth of Lost Souls’ deep and intricate dungeons and battles. By pairing classic gameplay with contemporary high-definition images drawn by renowned commercial artist Yuki Hayabusa, Wizardry: Labyrinth of Lost Souls offers a unique experience in today’s gaming landscape, granting players the choice between five playable races and ten individual characters, each featuring a unique backstory. With eight playable classes, players can easily tailor their character to a preferred style of gameplay – be it a heavy-handed swordsman or a deft wielder of magic – in order to help them battle through the game’s mix of 120 distinctive monsters.

Wizardry: Labyrinth of Lost Souls, developed by ACQUIRE and published by XSEED Games, is currently available for download via the PlayStation Network, with additional downloadable content slated for release in the coming weeks. The game is rated “T” (for Teen) by the ESRB. More information can be found by visiting the game’s official website at www.wizardryps3.com