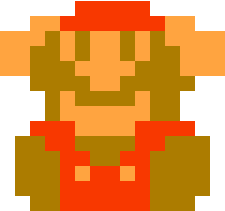 Last week’s announcement of the Wii U had most folks playing the “cautiously optimistic” card. I came away impressed by the promise of what the console may be able to do and the suggestion that it will- at very least- bring Nintendo’s console specs more or less in line with this generation’s other consoles. Which are, of course, now approaching five and six years old. Ironically, Nintendo foolishly chose to show footage of games running on those consoles instead of theirs. Along with this ersatz footage came promises of support from third parties just like last year’s 3DS presentation, little of which seems to be materializing. After a week’s cooldown, I’m much less enthusiastic about the Wii U. Particularly in light of all that promise and potential that was squandered (or possibly illusory) in the Wii’s original incarnation.

Then of course there’s the tablet controller and a host of technical and logistical unknowns surrounding it including uncertainties as to how or if game makers will even invest the time and money to develop for a non-standard peripheral for an unestablished platform. When I saw the controller, my first thought was “$500”. Investors also took notice of Nintendo’s presentation and the laundry list of confused points and unestablished facts, and their stocks took a dive. Introducing what appears to be a very expensive (and among mainstream and casual gamers, unasked for) follow-up to the Wii in a declining market environment with fairly bleak forecast feels like a total mistake- particularly when Nintendo is trying to phase out two extremely successful platforms while playing catch-up with the competion and struggling to find a market for the 3DS. Is Nintendo on the ropes?

Eurogamer.net ran an article yesterday detailing Nintendo’s slumping sales in the US based on a report pubilshed by market analysts Wedbush Secuirties, and there are some pretty bleak figures. Wii sales are completely in the dump at this point with only 236,000 units sold in May. That’s still more than the PS3 is moving, but a 30 percent decline for the console. The firm noted that 3DS figures were “well below” an expected 180,000 units. That’s a 50 percent downturn from its second month on the market. Software sales for the new handheld were cited as being an all-time low for a new hardware launch.

Of course, it isn’t like Nintendo is filing for bankruptcy and we’re not anywhere near reporting that their stock is being delisted. But it does seem that the writing is on the walls that after five years of success, the House that Mario Built needs to take a hard look at its strategies. Mario and Zelda brands no longer sell systems in the long term when the competition is so stiff, and the fad gamers that dropped $250 to play Wii Sports for a month or two are hardly return customers. Gimmicky hardware with built-in novelties does little to encourage reasonable people to drop the same amount of money on a handheld system when there is no software available for it, let alone when the software that is on the shelf is sub-par and anyone can download a better game for a dollar on their cellphone.

More and more, Nintendo is looking like a lumbering, hubristic giant overconfident in their brand identity and almost unresponsive to industry trends and changes. Most DS owners are perfectly content with their portables and aren’t looking to upgrade any time soon, and the vestigal 3D feature is hardly a selling point. Sure, the Wii U looks impressive. But no Blu-Ray or DVD support? Really? As Microsoft and Sony move ever closer to evolving into that mythological set-top box that does it all, how do you justify buying a presumably expensive console that does just one thing anymore? And the company’s insistence on novelty might turn mainstream heads and incite core gamers to speculate on potential, but at the end of the day a gimmick is a gimmick and if it doesn’t change the way we play games, it adds up to zero.

Yeah, we all know that Nintendo’s first party development is the best in the business, but what difference does that make when third parties either treat your gimmicky platform as an anathema or as a way to turn a quick buck. Let alone when you invest in a Nintendo console and the generation’s top titles either pass you buy or turn up on your system as shoddy ports or crap spin-offs. With Wii development practically at a full stop, core DS game releases all but dried up, and the 3DS release schedule already looking barren aside from ports and remakes, it’s pretty clear that Nintendo’s slump is tied specifically to software. It strikes me that- once again- Nintendo’s greatest failings are in its third party licensing and software development.

They know this, which is why they bend over backwards to assure everyone that they have the support of firms like EA, Activision, THQ, and Ubisoft. But when you’re releasing behind-the-times hardware that has features and peripherals completely different than competing platforms, it makes the prospect- and return on investment- of developing much riskier. If I were a developer, I’d be thinking twice about putting any money into 3DS titles and I’d be extremely gunshy about the Wii U given the Wii’s notorious history as a shovelware player and Nintendo’s fading stature with core audiences. In other words, the people who actually buy new hardware and the games to go with them over the long term.

Of course, the Wii U is itself an overture to this crowd- even the name suggests “you” instead of “we”- meaning that this isn’t as much a family affair. Yet Nintendo understandably doesn’t want to let the Wii brand or product design go because it was so successful. So they’re at a loggerheads. Make the appeal to the core gamers and alienate the larger mainstream market that they’ve taken to the bank for the past several years, or make it to the casual crowd and continuing losing the bulk of their fanbase to Microsoft and Sony. It’s a can’t win situation, and it’s one that I think is going to spell trouble for the company over the next several years as they struggle to figure out where they can succeed the most in a rapidly changing business.

Nintendo simply has to get with the times. Announcing Arkham Asylum, Colonial Marines, and Darksiders II as “launch titles” was bold. But are these games releasing a year or more after their PS3 and 360 counterparts? And what happens when Microsoft announces its next console- which is likely to be early in the Wii U’s lifespan? Is the 3DS just totally doomed at this point, particularly when the PSVita has been announced at the same price with huge titles already lined up for its launch?

I’m not a financial analyst, I don’t watch stocks, and I don’t have any investment in the games industry other than as a writer and game player. But more and more Nintendo is looking like they’re on the verge of getting left in the dust by companies that weren’t even in the video games racket until 15 and 20 years after Nintendo was practically ruling the market. But it’s not 1985, 1991, or 2006 anymore. Everybody’s got a phone in their pocket that plays games we never imagined possible on any version of a Nintendo handheld. The HD consoles are changing and adapting to mainstream lifestyles, not faddish whims. Nintendo has got to figure out where its place is, who its audience is, and how to compete if it’s going to remain a viable player and avoid slumps like those sales figures becoming a sign of a consistent decline. But this is also a company that’s close to losing ground and losing touch, trotting out beloved mascots and remakes of classic games at industry events to remind people of past glories, fiddling the theme song from Ocarina of Time while Rome might be burning.

13 thoughts to “Is Nintendo hitting the skids?”