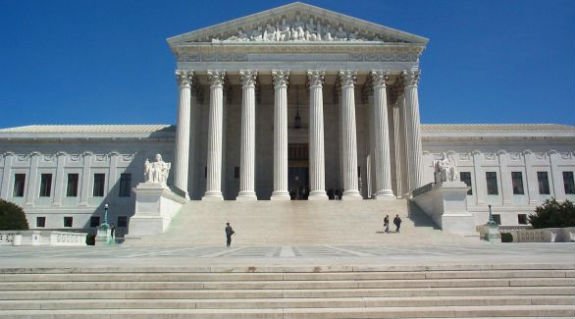 Brandon did an awesome job summarizing yesterday’s landmark Supreme Court decision on videogames’ status as protected speech, but I’d like to weigh in as well. Mostly because I weighed in with a blog post at Boston.com yesterday, as part of ye olde day job.

It’s very rare that said day job intersects with the world of mainstream gaming. While it’s true that we’re getting into game development on some level, that’s more of a “Games for Change” sort of gig, and less of a “big breaking news” kind of deal. So when I get to flex some first Amendment muscle talking about games, I’m happy to jump at the chance.

It has to be said, however – it can be pretty weird talking to the opposite end of the audience. If you write about games for any length of time, you tend to get used to the idea that your audience knows that games are valid/fun/interesting/worthwhile, instead of mindless junk – or worse, poison for children’s minds.

Either way, what happened yesterday is very important – and not just for games, but for all new formats of speech and expression. From the post:

“Even if you don’t care much for video games one way or another, this represents an important victory for civil liberties in an age of ever-evolving technology. What we have here is essentially a new form of speech enabled by technology–and like many new formats, it expands upon some of our older definitions and challenges us to seek out new ways to protect our freedoms in a changing environment.”

Seriously – this is a big deal, though it may not necessarily feel like it at the moment. You can claim this is just another win for corporate speech, but the terms produced here are broad enough to actually help the proverbial “little guy” as well (in this case, an indie developer). And while everything is framed in terms of children and the sale of “violent” or “inappropriate” content to kids – the majority opinion rightly recognizes (and even spoofs) the paternalism inherent to that argument.

Maybe the best statement of all comes from the Amicus brief filed by the IGDA and AIAS intending to educate about what games really are. After explaining the serious side (educational games, newsgames, etc.), they address the bulk of what’s out there:

“At the other end of the spectrum are games written primarily to entertain–but often also having important expressive components. Indeed, as this Court wrote in Winters v. New York, ‘the line between the informing and the entertaining is too elusive’ to serve as a distinguishing factor in First Amendment analysis.”

2 thoughts to “Your Right to Play”