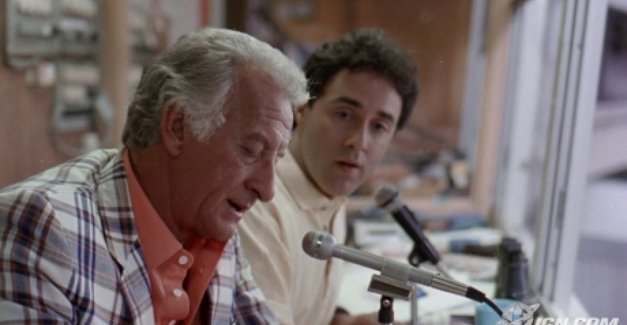 I think I need to watch Major League again.

Anyway, I’m almost ready to close the book, not on NCAA 12, but on NCAA 12’s Dynasty Mode.

Yesterday I wrote about the really slick gameplay changes for NCAA this year; in fact I think NCAA 12 plays a pretty good game of football and is clearly the best the series has ever been on the field.

OFF the field…well…guys look. There are a lot of people out there (just read the forums at EA.com, Operation Sports and any number of other popular sports game forums) that want Dynasty Mode to play as close to the real thing as possible. I know the guys who work on NCAA are college football fans. I know they know that this isn’t right. They have to know. So why are things so screwy every year?

So, what’s wrong with Dynasty Mode?

The country is filled with B+ to A+ rated teams, as progression has simply gone insane. You can make the case that the overall score for these players doesn’t matter, that it is the individual ratings that carry more weight and this argument would hold more water if EA shipped rosters that reflected this. They didn’t. This CLEARLY can’t be how it’s meant to work. EA can’t possibly mean for Ohio U (not Ohio State, but the Bobcats of Athens) to finish 12-0 in 2013 and have an 81 rated HB win the Heisman. That can’t be right.

What this does is effectively make your NCAA Dynasty a crap shoot when games are simmed as truly great programs are likely to go 6-6 because everyone is rated so closely together (unless you are truly a bottom feeder team.) A team might go 11-1 one year, still have a great team the next and lose 5 or 6 games due to randomness.

This isn’t 2018 we’re talking about, which is time enough for a smaller school to turn into a great program. Boise St. and TCU didn’t turn into great teams in one year. By 2013 we see a lot of small schools simply “get good” because of player progression. I have seen teams go from a C- offense into a B+ in one year — and not due to freshmen, but due to huge leaps in player progression.

By the end of 2013 we’re looking at a top 15 that includes Ohio U, Indiana, Utah, and Houston. Florida? They have fallen off the map by the end of 2013. Texas? Ditto. Auburn remained a powerhouse. Ole Miss is now a 11 win juggernaut. Wisconsin and Iowa are now the cream of the B10 crop as OSU, Penn State and Nebraska have fallen into the ranks of mediocre teams.

We see the preseason poll with Alabama, Florida State, and Ohio State all graded out as either an A- or an A. Their preseason ranking? #50, #53, and #71, respectively. FSU is graded a solid “A” and is ranked *71st* in the nation. That is …just plain weird.

Some of this stuff will likely not bother many NCAA players, and that’s fine. But for those of us who want our Dynasty mode to resemble what real college football is like, it’s terribly frustrating that EA can’t — or won’t — fix this.

I realize that with a 70 player roster limit that you are changing the entire landscape of the sport because if that were a real rule you’d see a lot of changes in the world of big time college football, but player progression is a seperate issue and one that EA needs to take the time to fix. Please. I beg you.

10 thoughts to “NCAA 12: Well, looks like you can close the book on Kellner.”