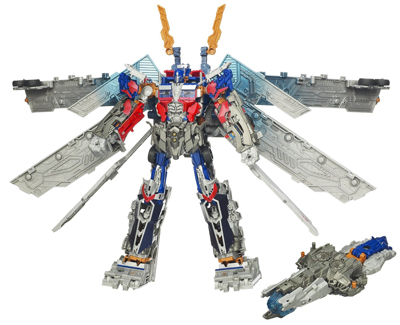 Ok, this is getting sad. There is absolutely nothing of interest coming out this week. I mean, even Fruit Ninja Kinect, the Summer of Arcade release, is lame. Oh well, no games to buy means more money in my pocket for toys. Hello $80 Mega Optimus Prime!

Keep reading on for the usual selection of deals. You know deals for games that aren’t coming out this week…

Deals
Toys R Us – Save $10 on any Call of Duty Game. Buy one, get one for $10 on the following games: Carnival Games: Monkey See, Monkey Do, Child of Eden, Wipeout: In the Zone, Michael Jackson: The Experience.

Steam – Steam is Bethesda and id crazy with tons of titles from both houses on sale. As always, the sales are listed on their specials page.

Impulse – Impulse is not crazy in any capacity this week, nor do they have anything all that interesting on sale. But maybe you’ll find something on their specials page.