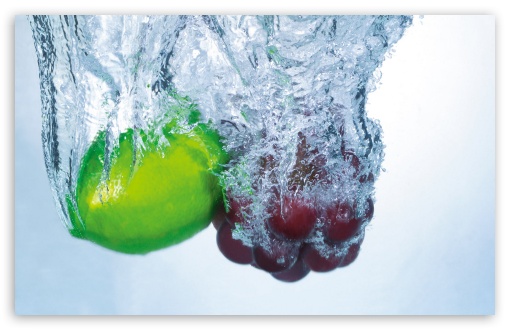 As a games writer and critic I realize that I’m supposed to dismiss Halo, that most mainstream of mainstream games, out of hand with a condescending smirk, referencing the thousands of potty-mouthed kids and teabagging d-bags that clog up its fascistically reliable matchmaking service by thousands, day in day out. I’m supposed to sneer and snort about how every game in the decade-old franchise is essentially the same and how it’s not made any progress at all and how it’s hurting the industry and engendering hundreds and hundreds of me-too clone titles. I’m expected to lambast it for its lack of innovation and suggest that people play terrible (but different) games like Enslaved or Majin and the Forsaken Kingdom instead, and then blame Halo fans for those games’ failure at retail.

But I’m not going to do that, because I like Halo and I’ve come to realize what makes the series great, and why it’s remained a constant with gamers over the past ten years and will likely continue to do so into the future. I’ve also figured out where I fit into the game and what’s in it for me. What I’ve found is that Halo is this incredibly malleable, amorphis experience that lets you decide what it is and isn’t, and with Reach I think Bungie’s years of subtle tweaks coupled with a die-hard adherence to not fixing what ain’t broke really paid off- and they never once made me or anyone else play it a particular way.

But I’d be lying if I said that I’ve always loved Halo. The first title, which I can’t believe is now ten years old, was the first disc I ever put into my Xbox and I distinctly recall being categorically underwhelmed by it. Granted, I was coming to the game from devastatingly great PC shooters and first-person adventure games like System Shock 2, No One Lives Forever, and Thief. I failed to see anything particularly interesting about it in light of years spent playing multiplayer Quake with friends. I thought it had a strange, weightless feeling and the arena-based level design and goofy enemies just reminded me of an updated edition of MDK. I thought Perfect Dark was much more interesting in terms of console shooters.

As the years went on, other Halo games continued to fail to impress me beyond their obvious technical quality and distinct visual style that remains hardly “vanilla” at all. It’s much more of a “lime popsicle with a grape soda chaser” taste. Halo 2 bored me. Apart from that great set piece where Master Chief has to take down the two Scarab walkers, the third was a horrendous blur of incredibly bad dialogue about swords and sins and something about a Gravemind. I ran through the last couple of levels without stopping to shoot anything, just trying to end the game. I hated ODST. Halo and noir don’t mix. Saxophones? Really?

Multiplayer never really appealed to me in any of the above. My friends all loved running the co-op campaigns and split-screen Slayer, but I just sort of shrugged. My old timey Xbox was never even hooked up to an internet connection, so that was sort of a non-issue and I did any and all multiplayer gaming on the PC anyway. So the Halo franchise, largely, passed me by. Or I passed by it, as the case may be. At least until last year when I bought Halo: Reach on launch day.

I dutifully played through the campaign, which was just as terribly written as all of the others, but once again I marveled at the actual gameplay, level design, and art direction. There’s no doubt, Reach is as AAA as it gets- virtually gleaming with polish and ripe with the stink of piles and piles of money. I enjoyed it overall and felt that it was easily the best single-player Halo experience to date, but the game still didn’t have its hooks in me.

After the credits rolled, I started going through the remainder of the content and the options available and it struck me- that Halo is whatever you want it to be and at a level that goes far beyond the cosmetic changes you can purchase for your Spartan armor or the extensive Forge World level design tools. It can be a single-player only experience, and you can adjust the difficulty with Skulls to your liking. You can go back and replay any section you want. The multiplayer modes offer a tremendous variety of experiences ranging from hardcore, sensors-off DMR matches to vehicle-heavy Big Team Battles. Firefight mode lets you tweak all kinds of settings to create a custom “horde mode”, seasoned to taste. You can adjust almost any parameter in the game, and then apply them to any gameplay type or map available. You can even make “machinma” movies or just record game events hoping to capture that one really awesome turn of events that could never be repeated. It’s kind of crazy how much agency Bungie gives you to play with their toys.

But more significantly than the things you can pick off of their buffet, at a metagame level the player has an amazing degree of free will to do whatever they want with the game, within the loose bounds of the Halo rules set and mechanics. It can be as competitive and serious as you want it to be, or it can be completely cavalier and silly. There’s room for both. It can be a completely solitary experience or it can be a central touchpoint for a social community. It’s amazing how flexible it is like that, and how Bungie accommodates such a wide range of preferences.

I’ve found that for me, Halo falls more into the cavalier and silly column and I’ve come to really love the multiplayer options. Whether it’s the objective-driven Invasion gametypes or a crazy game taking place in a giant Skee-Ball machine, iIt’s such a light, effortless game to play and that’ ease of play and accessibility has been what has drawn me back into the multiplayer game over the past couple of weeks. In contrast to games like Killzone 3 or Bad Company 2 where teamwork is paramount and rigid goals impart an air of seriousness and commitment, Halo is so much easier to simply sit down and enjoy. The mechanics of Halo are much simpler as well, and I find that it’s a game that I can throw on and have a good time, even if I’m getting clobbered repeatedly or griefed by some guy on your team that thinks it’s funny to grenade you before you drop off a flag so that he can do it.

Sure, there’s tons of jerks, assholes, and miscreants that play the game- just like any other. I’ve also found that many of the most egregious complaints levied against Halo really have more to do with the people who play it than the game itself. Here’s a tip- turn the headset off. You’d be surprised at how many of the grievances lobbied against the game vanish. Reach also allows the player to set certain preferences so that if you want to play a game with quiet, polite, objective-focused players you can do so. I don’t really need to talk to my team to know I should be picking guys up in the Warthog to make a drive for a flag. I also don’t need to have my ears blasted with locker room talk and jibber-jabber. But if that’s what you like, it’s all yours. It’s a one size fits all game.

There’s a certain universality to Halo that I find extremely appealing. It’s science fiction, but it’s almost completely at a facile level. Yet if you really want to dig into the juvenile story and find out all about the Covenant or whatever in all of those school book fair novels, that’s there for you as well. In terms of gameplay, I love that many of the modes are not these highfalutin sci-fi mini-narratives with complex objectives and the fantasy element keeps it far removed from the us-versus-brown people and/or evil Russians of the military shooters. Instead, Halo offers versions of schoolyard games played out with alien bazookas and laser swords. The zombie mode is really a game of Tag. There’s also King of the Hill, variations of Hot Potato, and of course Capture the Flag. Even Slayer feels closer to playing cops and robbers or cowboys and Indians than other multiplayer shooters. The loose, jumpy physics also provide levity and the game never feels as violent or aggressive as other shooters, which makes it feel more accessible in general.

Yet generality doesn’t necessarily translate to genericism. Halo remains Halo, and although other games might imitate it, none capture its finer qualities. Section 8: Prejudice is a good example. It borrows wholesale from the Halo playbook, yet it emerges as a surprisingly complicated game without any of its forebear’s accessibility and ease of play. It jumbles game modes, upgrades, weapon types, ammo, and tons of mechanical bells and whistles into slurry. And it turns out to be a much more generic, flavorless shooter because it misses those lime and grape flavors that uniquely taste like Halo.

A not-so-secret ingredient in the formula is that Halo, and Reach in particular, is an incredible piece of video game design- top to bottom. Regardless of the terrible storylines and writing (if you even play single player), what you think about the community (if that even exists in your experience with the game), its marketing (exploitation, if you prefer), or its effects on 21st century FPS design (for better or worse) the game’s mechanics and design remain amazingly solid. It’s no wonder that Reach, apart from some armor abilities and a couple of minor changes, isn’t all that much different than the first Halo. You don’t start putting Shittake mushrooms on the Big Mac when it’s selling in the billions year in, year out.

The bottom line is this is that Halo works, Halo is universal, and if you find your place in it then there’s an incredible amount of fun that can be yours. The trick is to find what aspect of the game is fun to you, and play that Halo. Not the Halo that xXx420JuggaloxXx or the above-it-all sneering critic is playing. Make it yours. This is why Halo is great, because you can own the experience. Hopefully, as the keys to the franchise change hands, its new minders won’t forget these elements that made it great over the past ten years.

42 thoughts to “Why Halo Works”