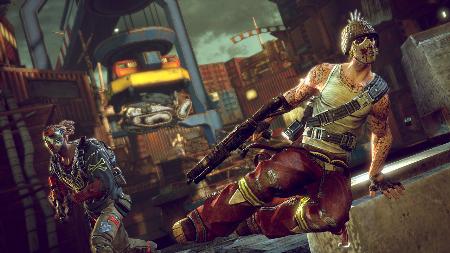 Eurogamer took notes at GDC Europe 2011 as Splash Damage’s Neil Alphonso talked Brink. Splash Damage has been very open post launch, talking about what worked, what didn’t and what the company learned from the game’s development and horrid launch.

This is really worth a read as we tend to dispose of games, in the media at least, after they are released so I always enjoy reading about this sort of stuff after a game has been digested.

“Brink tried to be something new and different in several areas,” Alphonso said. “In hindsight we perhaps strayed away from convention a bit too much in some areas.”

“We got pretty different views across the globe about it,” Alphonso revealed. “It was far more accepted in Europe than it was in America. They [Americans] prize individualism a lot more. I don’t think it caught on quite as much there as it did here. It’s something I saw over and over again as we were developing it. It’s a point of personal fascination. I don’t mean to slander them all, though. Some absolutely love it.”

You realize he’s going to be impossible to live with now.