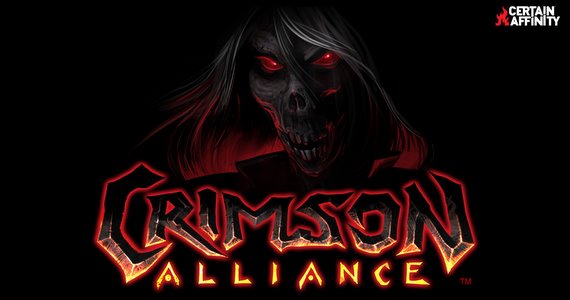 I’m sick of this shit.

Seriously, don’t put a treasure chest in a game that leads me to a prompt to pay Microsoft fantasy dollars to earn $40,000 of in-game gold- almost more money than I made in my entire review playthrough of the game. Just put a god damned coin box on the side of the console and charge me a quarter a play, like in the arcade days. It’s more honest.

But what’s worse, being able to buy your way into Crimson Alliance’s better equipment completely undermines the incentive mechanics of the game. There are no stats other than attack values, and each item increases those. There’s very little loot, no XP, and and no skill trees. So you can either grind the living hell out of the game and get to where you can afford the astronomical prices of the items (which, ironically, you really need to get higher scores and more gold) or you pass over your credit card number.

It’s a disappointment in a game with a couple of them, but all in all I actually liked Crimson Alliance. As I state in my review at Gameshark, I think I like it more because I like this genre (and a recently paltry genre at that) more than what this game itself does. There’s a fun, simple combat system that has more of a tactical edge than usual, particularly since you’re constantly trying to dole out death while avoiding damage to rack up multipliers. There’s a nice, arcadey feel to it and the co-op is well-implemented. Perhaps too well implemented since the single player game is hobbled if you’re friendless and adverse to gaming with XBLA strangers like I am. But it’s a good, well-made dungeon crawl despite its problems and it made for a very nice break after getting completely stuck in a bad, bad situation in that FEMA camp in one of the Deus Ex missions.

I gave it a B, which I think is pretty charitable given my complaints, but I do think that fans of everything from Gauntlet to Baldur’s Gate: Dark Alliance will dig into what the game has to offer, despite its repetition and tacky appeals for more money. It’s nice that you can buy a low-end version with only one character for 800 fantasy dollars or the whole hog for 1200, but how much more are you willing to spend to get the good gear?

6 thoughts to “Crimson Alliance in Review”