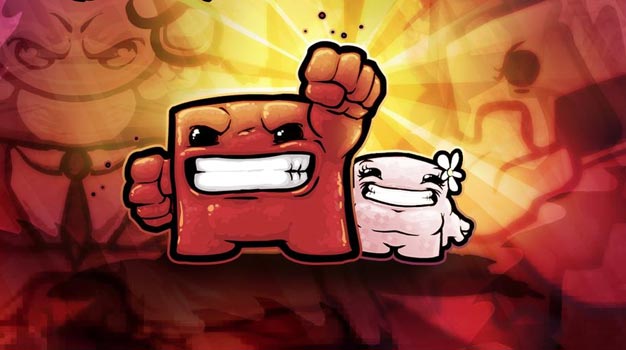 I find none of this particularly important but when companies talk about how they are treated and how they have boycotted giants like Microsoft, it makes for good blog posts.

Do you really care if Team Meat never works with Microsoft again?

That’s what Edmund McMillen told the IndieGames.com podcast. The exact quote is, “I don’t think we’ll work with them ever again. We’ve not had one sale (XBLA) since our initial launch, and I don’t know if that’s going to happen. Whenever we ask, and we actively ask monthly if we can be included in a sale or get any kind of promotion, they say no.”

The idea here is that Microsoft didn’t support the game post launch and that despite that snub, the game still sold well — particularly on the PC via Steam.

Tommy Refenes of Team Meat chimed in, “Other digital distribution sites in no way compare to what Steam is. Steam is a fucking powerhouse.”

Anyway, after this little hullabaloo, the PR department for ZEN Studios (Pinball FX2) sent this out:

We had (and continue to have) an excellent experience working with Microsoft. Pinball FX2 came out during the same Game Feast promotion, and we had similar support and promotion available to us as did everyone in our launch class (Comic Jumper, Super Meat Boy, Pinball FX2, Hydrophobia). If fact, if you want to argue, Super Meat Boy got the MOST promo out of the deal as they were the poster child for the whole campaign (https://www.1up.com/news/microsoft-announces-fall-xbla-promo).

And sorry, not to brag but Pinball FX2 continues to be a top XBLA game week over week – even in the midst of Summer of Arcade (https://majornelson.com/2011/09/08/live-activity-for-week-of-august-29th/). Believe me, we did not figure all of this out ourselves, Microsoft and their brain trust had a LOT to do with it.

So why all the backlash? What are they not telling you? Is this a desperate attempt at marketing, PR…SALES? How come no one has mentioned that these guys have made millions – is it to protect their “we are indie and poor” image?