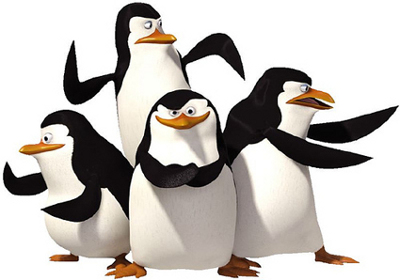 We get a bit of a break this week before the Gears juggernaut brings ten, possibly eleven poop-loads of steroid infused shooting and chainsawing. If you’re a hockey fan, NHL as has you all covered, if you’re a Kinect and/or marionette fan, The Gunstringer has you all covered and if you’re a fan of one of the bloodiest battles in modern warfare, Red Orchestra 2: Heroes of Stalingrad has you covered.

I am a fan of none of these, so there’s nothing for me this week but that’s ok. I have been told it’s not always about me. I don’t believe it, but I’ve been told it.

Bill seems to think that NHL 12 isn’t a huge improvement over NHL 11 but what does he know? More than I do, I can tell you that. Then again, I live in a city that had its hockey team taken away from it, so I’m not exactly the target audience.

September appears to be “Try and Make Kinect Appeal to Core Gamers” Month as last week saw the release of Rise of Nightmares and this week brings Gunstringer. Rise of Nightmares had mixed reviews, so hopefully Gunstringer will fare better. Obviously, better in the positive direction in case that wasn’t clear.

If you didn’t play Thor: God of Thunder when it was originally out, well, now you can play it on the 3DS. I will let you determine if that’s a good thing or not.

I kind of thought the whole “Extreme” sport thing was long over, but the folks at Deca Sports Extreme did not get that memo. See, it’s the 3D bowling that makes it extreme, because nothing is as extreme as bowling. Hoo-boy.

If you like the Bit.Trip games, then Bit.Trip Saga for the 3DS and Bit.Trip Complete for the Wii have you bit.trip.covered. Old levels, new levels, all sorts of bit.trip.levels. If that doesn’t get you going, I don’t know what will.

You know what the 3DS is missing? Brain training! Puzzler Mind Gym 3D is from Ubisoft and it should fill the need for a brain teaser game that seems mildly clinical in its purpose but really doesn’t help at all.

Call of Juarez: The Cartel finally comes out for the PC. Yeah, good luck with that.

Red Orchestra 2: Heroes of Stalingrad places you in Stalingrad during one of the most brutal battles in WWII. I know I can’t think of any place I’d rather be!

I’m not sure what the appeal is of seeing Spongebob play for the Mets, but someone must be asking for it because Nicktoons MLB does just that. It’s a mashup of Nicktoons characters and Major League Baseball. Oh those crazy kids with there mashing up and Mu Shu and what have you.

READ ALSO:  Damn it- Shadows of the Damned Delayed to June 21st

I played both of the games contained in the God of War: Origins Collection when they were released on the PS3. I quite enjoyed both of them. Not enough to play them again, but that’s pretty much every game for me.

Also on the PC front, Hard Reset makes its debut this week bringing both PC shooting action and a case study for a shortened PR campaign. There’s something to be said for telling people about a game and then giving it to them rather than the current strategy of talking about a game until people are sick of it and then dropping it off. Hopefully this strategy pays off for them.

Finally, those cheeky penguins are back, as is Dr. Blowhole in Penguins of Madagascar: Dr. Blowhole Returns Again! I loved this cartoon and am supremely disappointed that my kids don’t watch it any more. I’d watch it on my own, but that would take valuable time away from Transformers: Prime. A man has to have priorities.

Steam – Unfortunately, most of the Steam deals will be dead by the time this column goes live, but hey, Wasteland Angels is still on sale! As always, see the specials page for more info.

Impulse – Impulse has R.U.S.E. and Dawn of War II on sale. That should scratch whatever RTS itch you currently have. They also have a specials page.