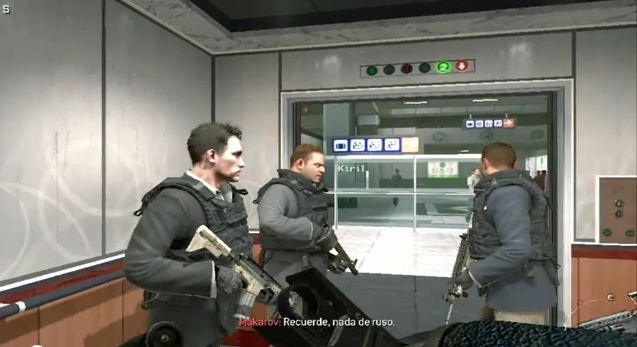 Terror’s been on my mind a lot lately. No, not the “good” kind, where you get to overcome the zombie hordes or monsters or aliens or ghosts or whatever supernatural beasts lurk in the dark. I mean the complicated, horrifying real life sort, and how we deal with it in this country. Watch out, folks, there’s heaviness ahead!

Obviously, the tenth anniversary of 9/11 (which I spent, by the way, in Washington DC, then flew back via Logan airport – where two of WTC-bound planes originated from), has a lot to do with it, as does my job, where we do a good deal of work related to civil liberties violations in post 9/11 America. But what really got me thinking, dorkily enough, is an old episode of Star Trek: The Next Generation that I saw last night, in my quest to re-watch the whole series. No, you can’t have my lunch money.

It’s a season three episode wherein Doctor Crusher is held hostage by a band of terrorists, and in Trek’s lovingly blunt way, it’s a front for talking about terrorism as a practice, for security and surveillance’s ability to trump freedom in difficult times, and the human costs of violent conflict. It’s about as subtle as a six-ton hammer, and everyone ends up happy in the end (of course), but the show raises questions that are infinitely more relevant and poignant now than they were in 1989, at least for folks living in countries where terror threats (or acts) have disrupted our way of life.

I’d like to see a game that handles the issue with even this level of rudimentary moral sophistication. One of the reasons why I stay far away from most supposedly “modern” military shooters is their complete and utter inability to treat an incredibly complex subject with the scrutiny it deserves. Whatever your politics, its a very complicated thing to go into an armed conflict in 2011 – especially where terror and terrorist organizations are concerned. The gung-ho attitude of most games where you play as a “good guy” soldier, just killin’ them thar terrorists seems a little stupid to me, especially when we have real life men and women fighting overseas, in murky, dangerous, and often unclear situations. Its cheesy 80s action-hero – think Top Gun, when we should (at least in a better world) have a Hurt Locker or hell, even a Thin Red Line. Don’t even get me started on Homefront.

I’d like to know what other people think – is there a place in gaming for a more sophisticated take on terrorism, arguably one of the biggest and most pressing issues in the modern world – or do you prefer to just fantasy play as a badass soldier in a more or less black and white world? It’s a genuine question.

10 thoughts to “Playing with Terror”