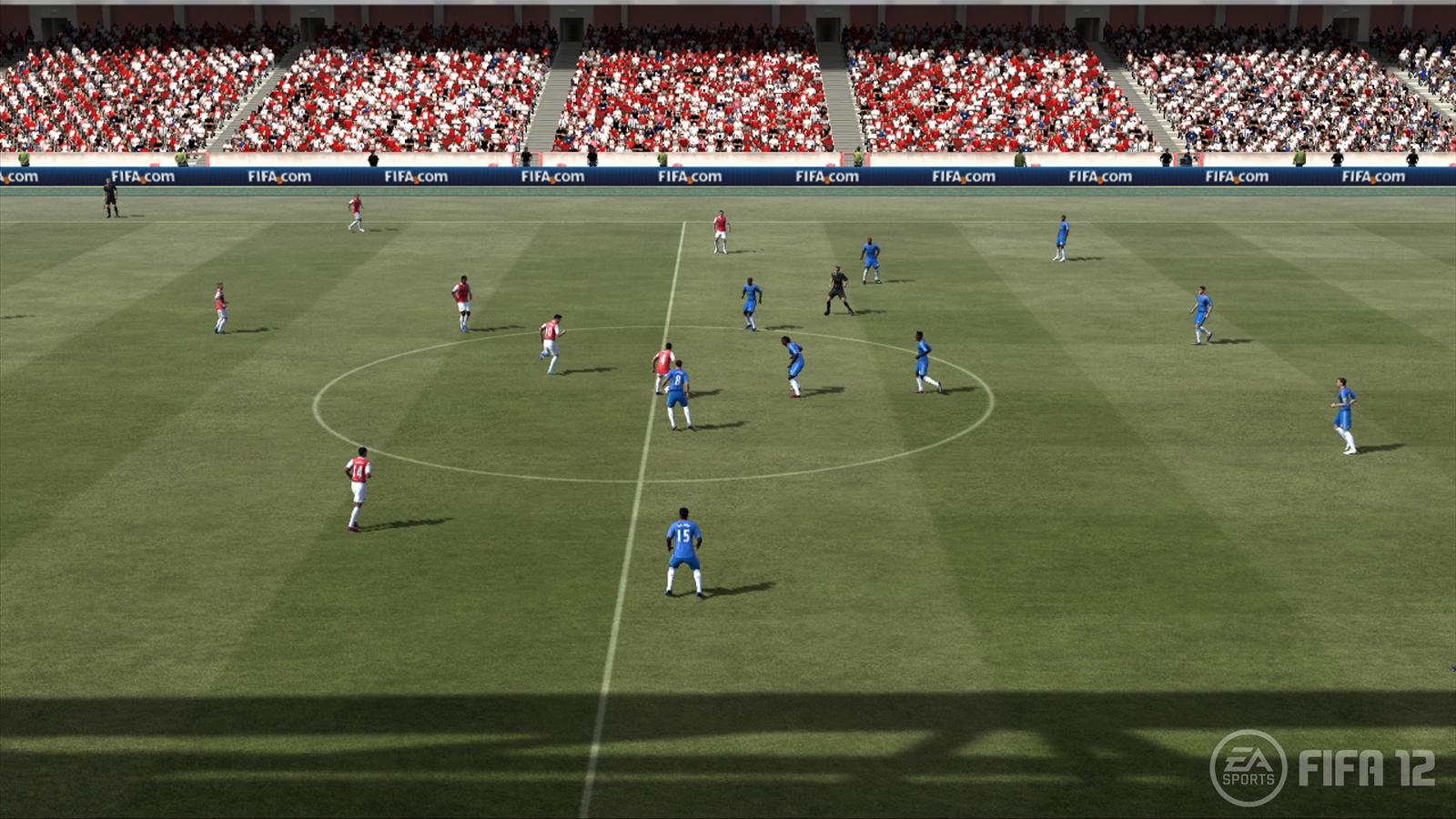 This is a hard game.

I received my copy over the weekend and have spent a good bit of time with it and yes, this version of FIFA is different than last year, particularly the physics engine and the controls.

There’s still some of the same CPU shenanigans going on (you can almost feel it when the CPU is about to score, there is still way too much standing around by players off the ball and CPU defenders, regardless of ability, are ball stealing tackling machines.)

Truth is, getting a quality shot is proving terribly hard on Pro level – so much so that I took the difficulty down to Semi Pro for a few games, only to discover that the CPU on that level is putrid. So it’s back to Pro with some slider adjustments. (Yes, FIFA 12 has sliders!)

The new physics model, dubbed the Player Impact Engine, has produced some really cool moments. I saw a YouTube video with a bunch of bugs where players were walking around with one leg…I haven’t seen anything like that yet. I have seen players fall over one another, and a delayed foul called several seconds after the fact – which was really cool. In addition, players no longer can start/up/turn on a dime. Well, unless controlled by the AI.

As a result playing defense is an extreme challenge. The new controls (Tactical Defending) are taking time to adjust to because you are required to be a finger ninja in order to maintain defensive pressure. Press RB to ask for pressure from a teammate, press A to defend a player, hold LT to sprint, and oh, don’t forget your thumb stick. It’s tough. Scoring is proving a challenge and I think I need to learn to use the new Precision Dribbling. Oh, that’s the LB button, I think.

I played a head to head game which was a blast as when you have TWO people struggling to learn the controls and playing defense like a team of 4th graders, it’s A: funny and B: nice to get some breathing room when in possession.

FIFA Ultimate Team is annoying – as much as I like the EA card side game in NHL, here games appear to me limited to 6-minute halves which in a soccer game is just dumb. Playing on Pro? Good luck scoring ANYTHING with 6-minute halves as the default. I hope I am missing a setting but the game isn’t letting me change the time setting in that mode.

I haven’t touched career or played online but so far I REALLY like what EA is trying to do here and the physics is noticeably better than FIFA 11, I just wonder if I’m simply no longer gamepad efficient enough to get what I should out of this game.