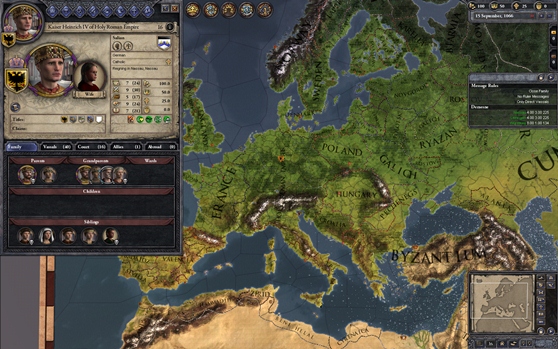 As you (might) know we have stopped posting most press releases we receive because we all agreed that it was rather pointless. Unless it’s about a game we think you should know more about or if it’s a new game announcement that sounds interesting, we’ll let you read other websites for your press releasing fix.

First off, look for a hands-on preview of Crusader Kings II in a day or two.

In the meantime.. PR Ahead:

Paradox Interactive have today announced a unique competition where you can get your name included as one of the dynasties in Crusader Kings II, their internally developed Strategy RPG, set to release on PC in early 2012. View the contest video here:

One thought to “Get Your Name in Crusader Kings II”