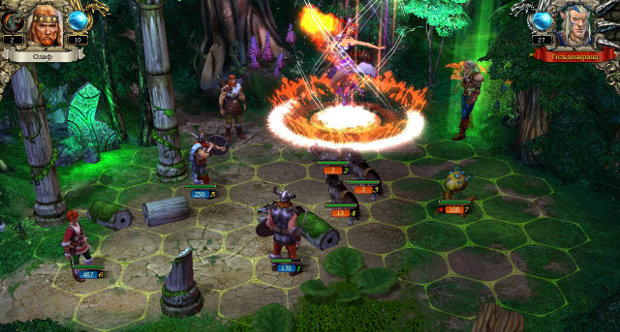 Another press release today. I’m a King’s Bounty junkie so it’s always nice to see another game in the series green lighted. 1C has announced the next chapter in the long running series.

Warriors of the North packs in the following features:

· New plot, telling the story of the fight between the Good and the Evil, betrayal and love (I have no idea what this means…don’t ask)
· New companions – 5 Valkyries, assisting Olaf on the field of battle.
· New locations
· New units
· New skills
· New awards and achievements
· New school of magic – Rune Magic

So, some new stuff.

King’s Bounty: Warriors of the North release is scheduled for Spring 2012.

2 thoughts to “King’s Bounty: Warriors of the North in Development”