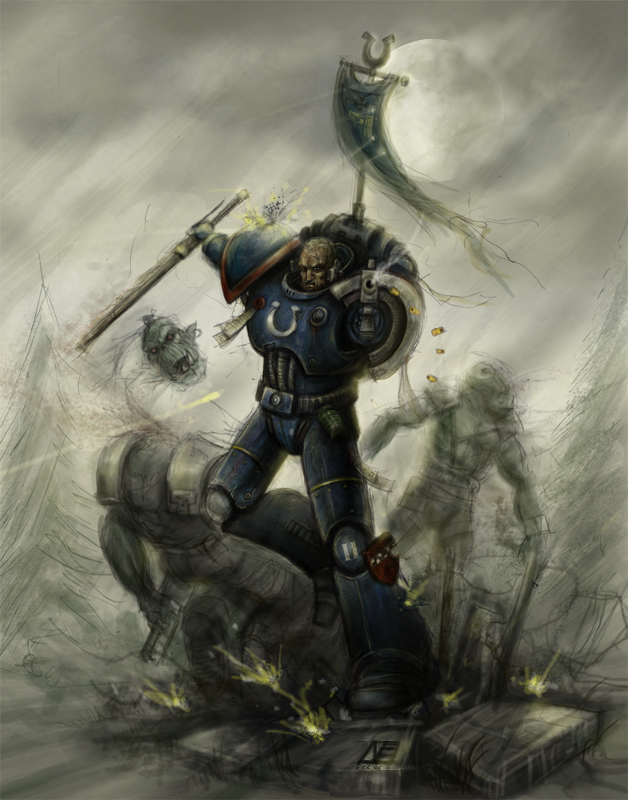 Looks like a sequel to Space Marine is no guarantee.That’s a shame because the end of the game leaves the door wide open for one — it’s almost implied. Joystiq spoke with THQ’s Danny Bilson at a recent Saints Row 3 event in Hollywood about its future.

“It’s a really good game, it’s doing pretty well. In this world, honestly, you have to do exceptionally well to make any money, because the games are so expensive. We’ve already announced the Imperium in the MMO as a class you can play and if you combine that it’s very active, as opposed to the more turn-based stuff. I’m not sure there’s room for Space Marine. We are heavily invested in the 40K universe, so there’s more stuff coming in the 40K universe, absolutely. We extended the deal for quite a while.”

In the current AAA game environment a franchise has one shot at making its mark. If it doesn’t sell enough units, that franchise is no more.

What I find interesting about that though is that Metro 2033, a game that we love here at NHS, has earned a sequel and Homefront has earned one as well. Perhaps Metro had a low enough budget to turn a profit to allow a part II? No way did Metro outsell Space Marine. I would need to see hard data to believe that.

In the end, this may not be a bad thing — especially considering the 2013 release of the Dark Millennium 40K MMO. Bilson may be right. That game may make Space Marine II redundant.

8 thoughts to “Space Marine Sequel a No Go?”