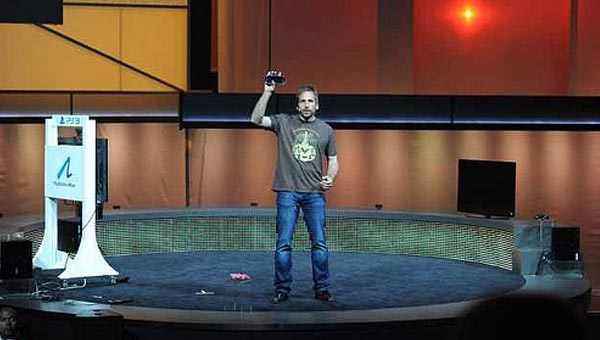 This is actually really cool news.

In speaking with Joystiq, Main BioShock Man and all around brilliant designer Ken Levine said that the Vita version is going to be a different animal.

From the Joystiq piece:

Despite the naming convention, BioShock on Vita isn’t planned as a portable version of the upcoming game, Infinite, or the former two games set in the underwater city of Rapture — at least, not right now. “That’s not the current goal for what we’re doing,” Levine explained. While he admitted that “things can change,” he added, “I think for us, the idea we have is a really good expression on a platform like that [Vita]. It’s a different goal. And it has to sort of have its own voice in the franchise. If it just feels like a quieter voice in the franchise, I don’t think that works. For us.”

And while he’s open to working with folks outside of Irrational’s internal teams (“Potentially, potentially,” Levine allowed), the worry for him is maintaining the same quality that the studio’s small handful of titles has established. “We have a Metacritic average of something like 88 or 89 percent [87.7 percent].

2 thoughts to “BioShock Vita Not a Remake”