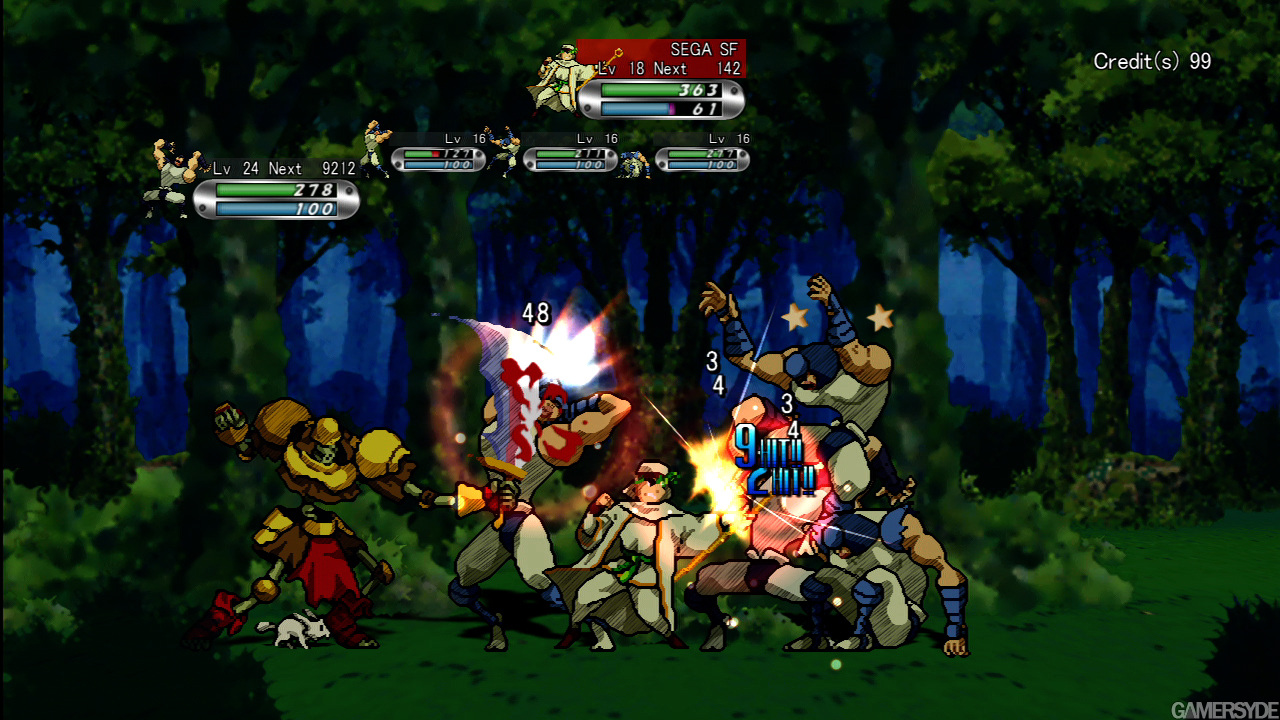 Among the best recent releases in what is already a crowded late summer/early Fall release season are two downloadable re-releases that date back to antediluvian Sega Systems and that feature some of the best, most manic and frantic arcade-style gameplay of all time. After years of commanding big bucks in the aftermarket, Treasure’s treasured bullet-hell classic Radiant Silvergun (1998) and the quirked-out brawler Guardian Heroes (1996) have become available once again and in new, HD-remixed editions. Both titles are among the best in their respective genres, and both offer as good an argument as any as to why the Japanese developer treasure absolutely rules. If these venerated, storied titles aren’t convincing enough to you bear in mind that these are the same guys that brought us Ikaruga, Gunstar Heroes, Alien Soldier, both Sin & Punishment games, and the almighty Bangai-O in all of its glorious forms.

I love almost everything that Treasure does. They don’t do a whole lot of games and they’re neither pushing the technical envelope nor the accretion of cinematic technique in the video games medium. These guys are the inverse of David Cage, their aims are to put as many robots and missiles on the screen as possible, not to explore the depths of the human soul in Z-grade potboiler thrillers with limited interaction. They make video games, and it even says so in their logo- the splash screen says “Treasure Video Games”, in that old fashioned business name/line of business nomenclature. Treasure is an independent, rather small development shop of 30-40 people that encourages its key staff to work in multidisciplinary capacities- it’s clearly not the Activision/EA business model, and they’re clearly not working with Activision/EA budgets or expectations.

Regardless, Treasure just make damn good, old fashioned video games that almost universally have a timelessness that transcends whatever console generation they happen to occur in because they keep focused on the core values of high scores, simple mechanics, and skill-based gameplay upon which the medium was established. They still work in levels (what old timers used to call “boards”) and they’re firm believers in three lives and limited continues. Before Fruit Ninja, these guys were putting bananas, watermelons, cherries, and pineapples in their games- just like how Pac-Man and other arcade classics did in the past. Their arsenal is spread guns, homing lasers, and gigantic screen-filling missiles. Their games feel simultaneously like 1981, 1991, 2001, and 2011 all at the same time, with their earliest titles exhibiting a certain postmodernism that predates anyone ever talking about video games in such highbrow terms.

Treasure’s games are imminently playful, surprising, and creative, working within form and genre restraints but with sometimes wild results. Gunstar Heroes is a frenetic, sugar-fueled and bizarre take on the Contra run and gun model that includes an actual roll-and-move board game stage. Alien Solider is a series of many extremely short levels- like, twenty second ones- each ending in a massive boss fight. Ikaruga features that brilliant polarity-swapping mechanic, and Sin & Punishment: Star Successor has a boss that turns into a school of giant black dolphins. Bangai-O’s mix of puzzle solving and hardcore shooter action includes Gundam-like mecha wielding baseball bats to smash soccer balls into robot ninja. Then there’s Guardian Heroes, which predates the whole Bioware “moral quandary” mechanic with several multiple choice options that can completely change the outcome of the game and there is also a Karma system that penalizes you for transgressions such as continuing to hit enemies after they’re dead. That game also features a pre-Super Smash Brothers battle royale with something like 45 available characters that has got to be one of the most chaotic multiplayer modes I’ve ever seen in a game. There’s a real sense of creative, boundless energy in Treasure’s designs.

They are also not afraid to kick your ass. Treasure games tend to be fairly challenging, with Ikaruga and Radiant Silvergun in particular representing some of the toughest shmups to ever have shmupped. I was sweating through Sin and Punishment: Star Successor last year and it was a Wii game for crying out loud. Their challenge level is always high, but it’s never insurmountable with practice, skill, and good old fashioned pattern recognition. But even if you manage to get through every storyline of Guardian Heroes or all five levels of Ikaruga, there’s always a higher score, a better chain, or a secret to pursue. There’s usually another playable character or loadout to check out. And if you’re a real arcade ace, there’s the elusive goal of one-credit, no continues completion. I can barely beat the first level of Radiant Silvergun with just one credit. There’s a definite sense of reward that goes beyond getting that high score or making through every level of a Treasure game, even if it’s just the moment-to-moment survival through a hail of pink bullets.

Their games tend to be very short which means that they keep things tight, focused, and risky throughout. You’re not getting a 10-20 hour campaign out of these guys because they understand that a great arcade game should be able to be played to completion in one sitting, and if it can’t be it should be broken up into very small levels as in Bangai-O. But you’ll go back to Treasure games time and time again. I don’t know how many times I’ve played through Ikaruga or Gunstar Heroes, just for the sheer fun of playing and seeing if I can’t get a better result. I love how their titles tend to focus on just a couple of simple mechanics or “gimmicks” to generate challenging, kinetic action and to provide the player with tools to overcome sometimes overwhelming odds. 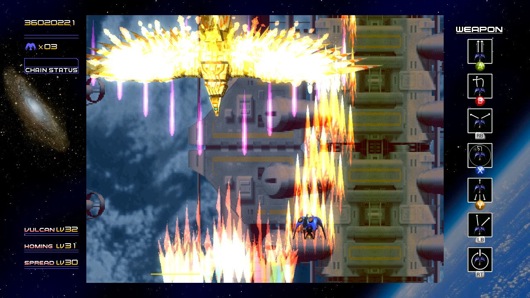 For all of the current trends toward retro-atavism and the dopey emo-platformers and ironic shooters that the back-to-basics movement has precipitated, few development houses working either in indie or AAA comes close to showing Treasure’s mastery of the classic, arcade-style video game. They’ve done their fair share of rent-payers and contract work such as a couple of Tiny Toon games and something I’ve never seen called Mcdonald’s Treasureland Adventure that must be absolutely horrifying, but when they’re doing their best work they’re one of the most focused and creative developers in the business. I’m always on the lookout for what’s new from Treasure, even if it’s just a reissue of one of their classic games. I can’t wait to see what they do next.

6 thoughts to “Why Treasure Rules”