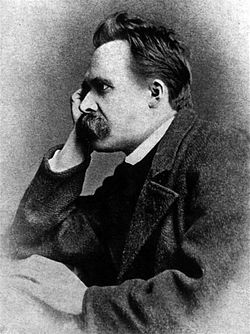 You may have my noticed my posting volume has diminished some of late. No, no busted up hand with less feeling than Bill’s decrepit old heart here. It’s just plane old apathy about gaming. I think most people who have been gamers long enough have had their bouts where there’s just no compunction to put a disc in the tray or a controller in hand. I’d say there’s typically a few times a year where I’m just plain not interested in playing for a week or two. The difference between those other times and now, though, is that we’re stretching into two months now where the interest has waned despite the fact that there’s a bunch of stuff worth playing; stuff in which I’d normally be interested. Hellooo, Arkham City.

So am I done? Is this it? Is my time as a gamer in the end times?

This lull, like every other will eventually pass. Next week brings Skyrim and I’m interested in seeing my streak of never having finished an Elder Scrolls game come to an end. Although I’d be lying if I said the prospect of having to play a game with giant hulking spiders didn’t offer genuine trepidation. What I saw at the E3 demo unnerved me in ways I’m not comfortable admitting to. Actual spiders, which run in terror from my footsteps, don’t bother me as much as that giant cave-dwelling abomination that will quicken my pulse and bring a tremble to my mouse hand. I’d link to a photo of it, but that would mean having to find and look at it and contemplate trying to swing inadequate blades at it as it fills up the entirety of my monitor with eight spindly legs and a bulbous body of horrific malevolence. No thanks.

But, as is the norm, I digress.

What ultimately bothers me most this time is The Lull ’11 has sapped my interest in writing about games so significantly. Nearly every day I pour through my various news feeds. Some bit on DOTA 2 here. Some Blizzard related tempest-in-a-teacup there. I couldn’t possibly care less about these things. Every day I think I will see something that demands some kind of commentary while I wait for an actual game to come around that I’m actually interested in playing and writing about and it’s just not there. (I blame Brandon and Michael for my not getting into Arkham City after release. What’s left to write once those two masters of their trade have weighed in?)

So I can either fake it or wait for The Lull to pass. I’ve been opting for the latter, but the funny thing about having a website that people actually read (as opposed to the old blog) is that you actually start to feel guilty. Not to mention there’s addiction to the affirmation that comes from people telling you are Like So Totally Awesome or Teh Suxorz on a semi-regular basis. There’s nothing like a little confirmation of your existence. So, it’s time to just write what there is to write about and throw it out there. Hence, a post about not actually playing games.

Rather than whine some more, though, I’d rather throw it to you good people. Do you routinely find yourself afflicted by The Lull? What breaks you out of it? Is it just a matter of waiting for the right game to come along? What do you fill those former gaming hours with?

Sunday night, while looking to end The Lull ’11, I fell victim to the best use of advertising ever – putting a Dead Island commercial on during The Walking Dead. The game was already on sale on Steam, Halloween magic was in the air, and I felt a desperate need to find something in gaming to connect with. Dammit, if this wasn’t going to be the magic bullet. The perfect game at the perfect time! $35 frigg’n dollars later I’m fiddling with graphics settings to try and figure out why it looks horrible (something to do with the gamma), trying to deduce why installing a driver update makes it not load properly (I have to task switch out of it multiple times to get something other than a black screen), and feeling so generally underwhelmed by its opening minutes that I ended up calling it an early night rather than continue.

A lull-busting experience this has not been. Tonight I’ll give it a second try. If it doesn’t work out, expect posts about things that aren’t games ’cause not having anything to write about is simply intolerable. Who’s interested in hearing about the book 3 And Out, a look behind the scenes of the Michigan football team under Rich Rodriguez?

Better yet, don’t answer that.