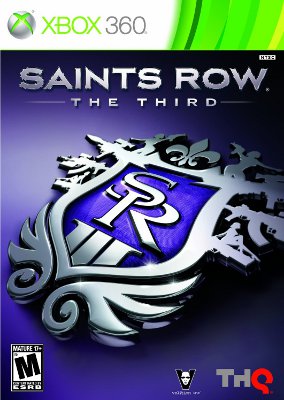 Aside from Skyward Sword’s release next week, this is the last hurrah in this year’s cavalcade of excellent games. Super Mario Land 3D, Assassin’s Creed: Revelations and my favorite game of the moment, Saints Row: The Third all come out this week. I can’t say I’m all that upset with things slowing down. It will be nice to kick back and just dick around with the games in my library rather than having to play something for review. Don’t get me wrong, I appreciate the cash but I am, at heart, a fundamentally lazy person and writing all of these reviews is a lot of work.

That being said, I’m not quitting completely. Fossil Fighters: Champions also comes out this week and oh look, I’m reviewing it. No rest for the wicked, I guess. On to the games…

As I have mentioned multiple times, Saints Row: The Third is awesome and you should buy it. Have I mentioned it’s awesome?

When Assassins Creed came out, I enjoyed it but found all of the extra stuff to be incredibly tedious. I loved AC:2 and loved AC: Brotehrhood even more. I told myself that I’d buy Revelations as soon as it came out, but alas, even if I did, I wouldn’t have any time to play it so I’m relegating it to the Christmas list. I look forward to throat stabbing dudes in January.

I have never played a traditional Mario platformer but Super Mario 3D Land would give me a reason to enjoy my 3DS as well as be good Christmas list fodder. Sadly, that’s about all it takes nowadays for me to want a game.

Here kids, it’s Kung Fu High Impact! Just get in front of the TV and start kicking! What could possibly go wrong?

Fossil Fighters: Champions is like Pokemon but with dinosaurs resurrected from meticulously restored bones. There’s something about bringing beasts back from the dead only to have them fight to the death again that I find devilishly appealing.

Ultimate Marvel vs Capcom 3 has even more characters, more stages and more ways for me to show how utterly incompetent I am at fighting games. Still, Phoenix Wright is in it…

It’s sad that I only know about the location of the next Olympic games from Mario & Sonic games. Good on your London! Mario & Sonic at the London 2012 Olympics, educating ignorant Americans since 2011.

I think that it’s safe to say that when dancing games progress to the point that we’re making ABBA specific dancing games, the time has come to put an end to them. ABBA You Can Dance says that it’s time.

I played a ton of Halo: Combat Evolved Anniversary back when it was called Halo. I have no desire to play it again. Stupid library.

Telltale continues their licensed game extravaganza with Jurassic Park – The Game. If they really wanted to be true to the film, they should have released it on Unix. Unix! I know this!

Kids, we’re going to Disneyland! Really?! No, not really. We’re going to the family room where you can play Kinect Disneyland Adventures. I know it’s not the same, but I’ll be eating a smoked turkey leg either way so I’m good.

I don’t know anything about Rayman aside from his disturbing lack of appendages. I’m going to go out on a limb and say that there’s more to him than that.

Need for Speed: The Run did not make a very good impression at E3. The overwhelming reaction was “Wait, running?” I still have Driver to play, so I’m all good, thanks.

I’m not sure how a game about shadow warriors will be helped by 3D but hey, Shinobi.

Kmart – Buy one of the following games, get one for 50% off: Modern Warfare 3, Skyrim, Saint’s Row: The Third, Assassins Creed: Revelations, Rayman Origins, NFS: The Run, Halo: Anniversary Edition.