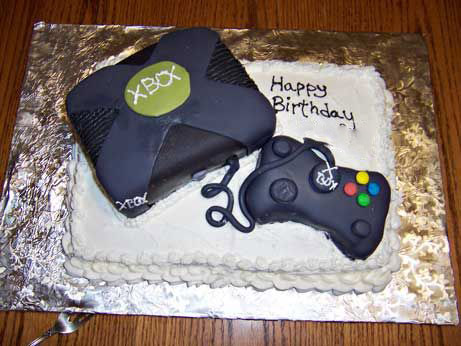 On November 15th the original Xbox celebrated its ten year birthday. Granted, I doubt there are many of the things floating around and being used as video game consoles, as opposed to cheap Microsoft media extenders, but still. Ten years ago this week Microsoft entered a space dominated by Sony and Nintendo and the result changed the gaming lives of millions, including myself.

Truth be told, I should wait until the GameCube’s birthday on Friday to tell this whole tale, but why make something into one post when I can drag it out into two? The reality is that while the GameCube set me on the path to console gaming, the Xbox is what made me forever turn my back on PC gaming, never to return save for the occasional casual game. For better or for worse, it’s all the Xbox’s fault…

Even though the Xbox launched in 2001, I didn’t get one until 2003. When the system launched, I looked at the launch games and wasn’t interested in any of them. At the time, I was still a PC gamer, and the notion of playing a shooter like Halo on the Xbox didn’t exactly fill me with glee. Plus, with the GameCube’s launch so close, I was more interested in Nintendo’s offerings.

So what happened? BioWare happened, that’s what.

I had always been a fan of the Star Wars extended universe, particularly the video games. Jedi Knight and Jedi Knight II still stand as some of my favorite games with the latter easily in my top ten. I was also a huge fan of BioWare, as I am now, so knowing that BioWare was working on an RPG set in the Star Wars universe during the golden age of the Jedi had me more excited than any upcoming release. Then the bad news hit, Knights of the Old Republic, a game which was to originally launch on the PC, was going to launch on the Xbox. Not only launch, but only be released on the Xbox. Devastated wasn’t the right word. I was downright pissed.

By the time KOTOR’s release started to draw near, I was already pretty familiar with the Xbox. A number of my work friends had them and about once a month we would get together on a Friday night to play Halo at my house. They would grab a projector from work and bring it, the Xboxes and beer while I supplied the basement, a TV and either chili or ribs or some other food. We’d start around 9PM and play until 2AM and have an absolute blast. I can honestly say that those Halo sessions were some of the most fun I have ever had with other people, gaming or otherwise. I lost a lot, but never got pissed or upset because it was just too much damn fun and I couldn’t ask for a better group of people to play with. One evening my dog pulled a muscle when jumping on the couch and my wife and I weren’t sure if she had inadvertently swallowed a bottle cap so everyone there helped match up every bottle cap from the trash with every empty bottle. And people say gamers are violent sociopaths.

Getting back to KOTOR, when the game came out, I still didn’t have an Xbox but my friend Andy had two of them as one of them constantly gave a disc read error when Halo was in the tray. Even back then Microsoft didn’t know how to make a friggin’ console. Any way, I made a deal with Andy. If he let me borrow his spare console, I would buy KOTOR and play it and then, when I was done with it, I would give him his console back with the game and he could play KOTOR. Seeing how the spare was collecting dust and he wanted to play KOTOR too, he agreed.

KOTOR blew my fucking mind, to put it lightly. Dual wielding lightsabers and knocking blaster bolts back at enemies while rocking Force powers? Yeah, I was hooked. Well, until the end where my insistence on going full-on light side made that final battle a complete pain in the ass. I still remember being blown away by the big reveal as I simply did not see it coming. Once I was done with KOTOR, I gave the Xbox back and didn’t entertain the notion of buying one until two things happened, one economical and one technological.

On the economics front, I had been working for a company that gave away stock options like water as employee benefits, in large part because their stock was in the fucking tank due to the tech bubble bursting. Eventually, some of my options headed above water right when I could exercise them and as I wasn’t about to let the moment pass and watch them sink back to being worth less than the digital paper they were printed on, I cashed them out. My other consideration was that my ten year anniversary was about three years away and my wife was fully expecting a diamond anniversary ring as she had been pretty clear about wanting one for quite some time. My wife is an awesome woman, and I didn’t have a problem getting her the ring, and had been putting money aside, but cashing out the stock options allowed me to put aside a big chunk of cash and guarantee the ring. I also figured there was enough there to let me buy the Xbox bundle I had seen at Costco that consisted of the box, a headset, a controller, a remote and a copy of some game or another. I told my wife my financial plan and she was more than happy with it. Finally, an Xbox was mine.

On the technological side, right around when I got my Xbox, I finally got broadband internet access. We lived in Virginia, out by Dulles airport, and despite being right down the road, literally, from AOL, we couldn’t get broadband at my house. AOL was a lot more important back then, so the irony was much deeper. Trust me. Finally Adelphia offered broadband and we ditched the screaming of our 56.6 modem and welcomed the joy of always-on internet. Now that I had broadband, Xbox Live was an option and I could finally play Live games with my friends. Granted, I sucked at all of them and lost many the Rainbow Six 3 and Madden game, but still, I was playing with other people and it was awesome.

In November of 2004, Halo 2 came out and to celebrate, I took the day off of work and smoked a brisket while my friend Mark came over and we played Halo 2 online. By the end of the day, we were both tired from killing armies of red and blue Master Chiefs and my floor was covered in balls of carpet fuzz, the result of Mark constantly rubbing his feet on the floor as if he was engaging in some sort of Die Hard relaxation technique. It was one of the few times I have ever taken a day off for a video game launch and I loved every minute of it.

Once I got my Xbox, the slide away from my GameCube increased until I got to where I am today, primarily an Xbox gamer with feet in other console pools, but heavily invested in Microsoft’s hardware. It helped that once I was on Live, Andy turned me on to a site filled with like minded Live players that wanted to meet cool people to plan online with, without having to worry about random assholes and racist 12 year olds. Through this site I met a bunch of awesome people, including Bones, my brother from another mother.

If anything, more than because of the games, I’m glad I headed down the Xbox road all of those years ago because of the people I have met and the friendships I have made. Without an Xbox, I wouldn’t have met Bones or Kurt or Richard or Carrie or Anthony or Aaron or Sean or so many others. Without the Xbox, I wouldn’t have bought an Xbox 360 and wouldn’t have become such good friends with Petey and Hodge and with my manager Joel. So many of my favorite gaming moments involve playing with other people, and all of those multiplayer and co-op moments happened on one of Microsoft’s consoles.

So yeah, while the introduction of the Xbox into the landscape of modern gaming changed said landscape, it also fundamentally changed my life, very much for the better. That is plenty reason enough for me to celebrate without talking about the hundreds upon hundreds of hours I have enjoyed playing Xbox and Xbox 360 games.

Happy Birthday Xbox. I’m so glad we were able to spend the last eight years together. Here’s hoping for many, many more.