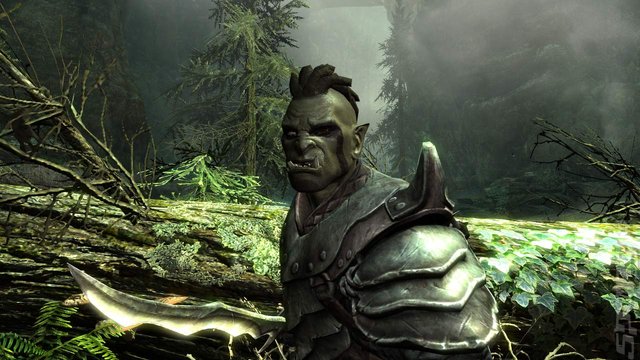 Wow, I hope not. I had no idea about all of the PS3 slowdown issues with Skyrim on the PS3 but it sounds rather nasty,

There’s an interesting article today over at Eurogamer about this and there’s some nice back and forth between Pete Hines of Bethesda and Josh Sawyer (formerly of Black Isle and designer of Fallout New Vegas) about the engine limitations.

FNV project director and lead designer Joshua Sawyer said Skyrim’s problems were on a fundamental engine level, and would take “a large time commitment” to fix. Sawyer spoke from past experience with Bethesda’s Gamebryo engine, which became the Creation Engine that underpins Skyrim.

But Pete Hines, Bethesda’s VP of PR and marketing, has undermined Sawyer’s contribution. “No, it isn’t true,” Hines tweeted. “He brings up issues we solved long ago. Josh Sawyer did not work on Skyrim nor this engine and his comments don’t reflect how the current tech works.”

The article goes on to talk about the patches that haven’t fixed this problem and even offers up some tips from Bethesda on how PS3 gamers can get the most out of Skyrim.

“Clear space on your hard drive”

“Wait for time to pass” (my personal favorite)

Or play it on the PC. It’s really pretty. (That’s me talking. Not Bethesda. Although they probably agree.)

READ ALSO:  Egypt on Your iPad

3 thoughts to “Are You Playing Skyrim on the PS3?”