Endeavor is a classic Euro in the sense that it has a limited shelf life. I tend to like games like Endeavor a lot the first few plays but with each passing game my interest wanes. It’s formulaic and the random distribution of tiles can’t shake it up enough to feel like anything other than a process. It’s #10 because those first several plays were a really fun time but I don’t have any interest in playing it again. This also shows you that I played a lot of old favorites this year and the “new” game pull wasn’t as hot as in years past. 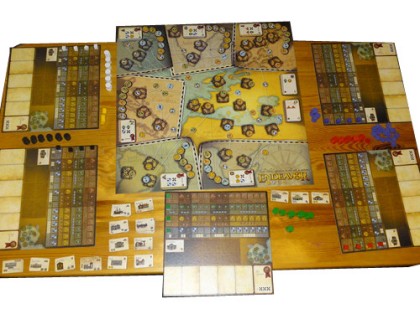 Any game I can play with my entire family gets bonus points. MRP saw a lot of table time and the combination of role selection ala Citadels, worker placement, and random screw you cards makes for a great time. In fact I have played Citadels so many times I’d much rather play Red Planet for the foreseeable future.

I’m sick to death of Citadels… 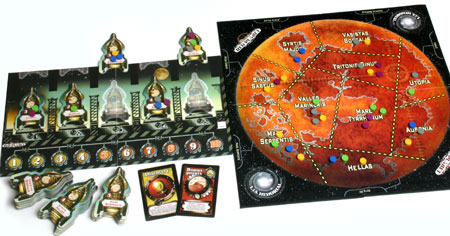 Technically a Euro, I suppose, but it has enough variation to keep my interest. Granted I may end up feeling about Lancaster the same way I do Endeavor but I haven’t played it as much. Still, I love games with laws that change the way the game plays (by far the best thing about games like Warrior Knights) and I especially like it when players vote to pass/veto said laws.

I also like games with knights on the cover of the box.

Lancaster is very much worth checking out and I hope it stands up to repeated plays and so far it’s got more shelf life than Endeavor and isn’t about shipping lanes. It’s about England and France hating each other and other lords of England hating each other, too. You know I sort of regret putting Endeavor on the list. I think if I had played them more Alien Frontiers and/or Chaostle would be at #10. But I only played them once. 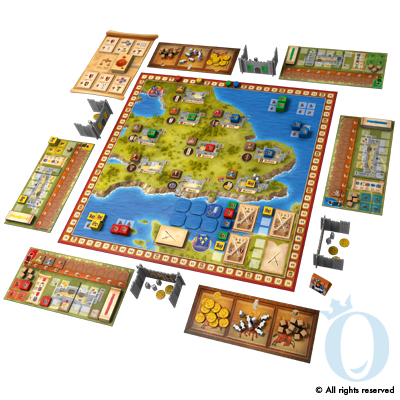 7) Chaos in the Old World: The Horned Rat Expansion https://www.boardgamegeek.com/boardgameexpansion/95619/chaos-in-the-old-world-the-horned-rat-expansion

An expansion that adds a 5th player to one of the very best boardgames in my rather bloated collection. Just a great, great game.

Have Skaven, Will Travel. 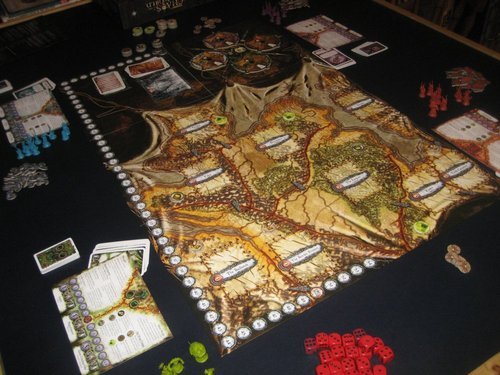 6) A Few Acres of Snow https://www.boardgamegeek.com/boardgame/79828/a-few-acres-of-snow

Deckbuiilding is the hot “genre” right now but if I ever play games like Dominion ever again you know I have simply given up on life.

That said, combining basic deckbuilding with wargames…now you have my attention. I played A Few Acres of Snow, a game based on the war between France and England in North America, several times this year and I learned more about how it clicks after each play. This is a smart, quick, relatively easy design that is a good bridge between deckbuilding card games and card driven wargames. Not as meaty as other CDWs like Twilight Struggle or Hannibal, but it also doesn’t take 3-4 hours to play… 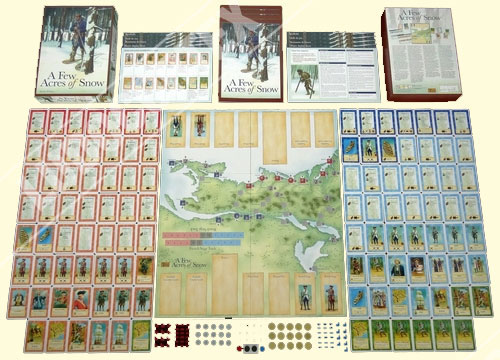 Good pirate games are few and far between in the land of cardboard and plastic and M&M is easily the best I have played and I have played most of them. You’d think it wouldn’t be so damn hard to make a cool game about pirates, right?

M&M takes the adventure game route and tries to tell a story. It reminds me of Sid Meier’s Pirates translated to the tabletop. I’ve played this several times now and the first run was pretty…stale, but future plays started to show how cool this game really is – word of warning though—this game is meant to be played with people who want to get into it. You need to read the cards, get into the mood and just have fun. Rum and coke goes well with M&M. It’s like Arkham Horror in that sense.

READ ALSO:  Thanks to Screw Up, Driver San Fran UPlay Pass is Free

A note — it REALLY is about Merchants & Marauders. It’s totally possible (and can be smart) to play this game and simply stick to the merchant route and avoid the other players who are looking to sail the jolly roger.

Play with hardcore Eurogamers at your own peril. 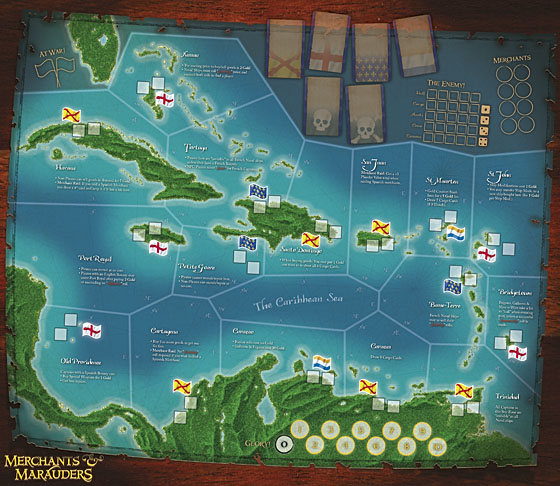 A truly great card game that I reviewed here at NHS several months back. The Civ-tech tree card game, this is all about smart play and timing and basic card draw luck. I played Innovation a LOT this past year and started to burn out a bit on it, but I’m still always up for a game, especially with the Echoes of the Past expansion. 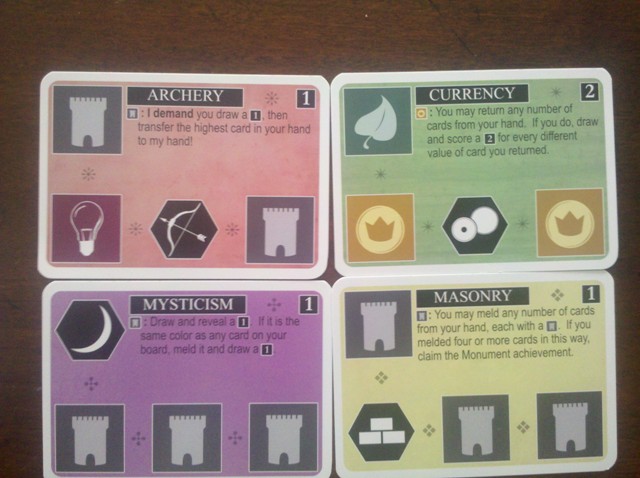 Olumpos is high on my list specifically as a 3-4 player game. I recently played with 5 and it took far too long. This is best when it zips along at a good pace and is over in 90 minutes. Adding that 5th player adds too much time for my taste for what this game is. Now – that said, Olympos with 3-4 is a great game. It’s a guaranteed to make you hate someone at the table. Maybe not everyone. But someone is going to screw you and will make you stare blankly at the board, in complete disbelief that your wife just went out of her way to stab you in the back.

Olympos is one of those games that’s hard to teach new players even though the rules are surprisingly simple. After one full turn everyone will have it down but it’s unique in a lot of ways. It has the time mechanic of Thebes, the Greek god powers of a game like Cyclades and area/province control of a multitude of games. A real keeper. But again, only with 3 or 4 players. 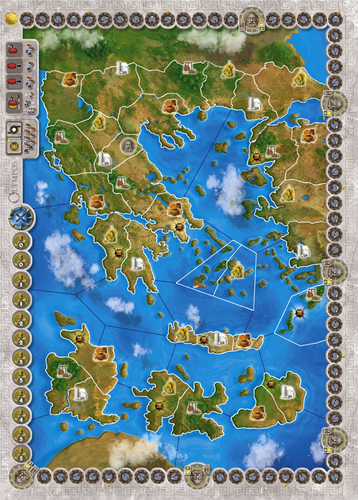 Another game I can play with the entire family. My daughter absolutely loves this and unlike Red Planet I will play KoT with anyone, anytime. It’s ridiculously easy (2 to 3 page rulebook) but this is a great example of how a simple design can still be just as interesting and engaging as a “deep” Eurogame or wargame. A lot of dice, monster powers, and a push your luck style of play equal a hell of a good time.

Seriously if you can’t squeeze out any fun from King of Tokyo then I think games are simply lost on you. 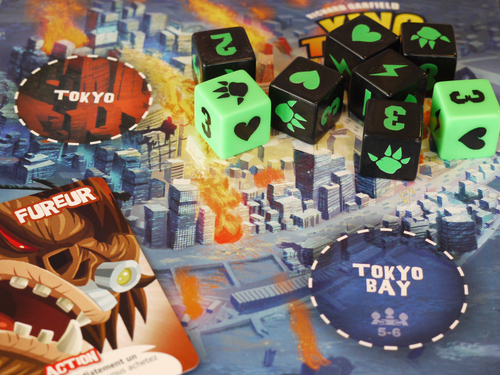 Being a Blood Bowl geek may influence my choice for the best new game I played this year but no matter – when we went on vacation to Kellys Island I played this and King of Tokyo a great deal in the evening and I think it’s the best thing to come out of Fantasy Flight since Chaos in the Old World. I don’t have time to play real Blood Bowl like I did when I was wasting my parents’ money in college, and this is the next best thing. It needs expansions. A lot of expansions. I’m sure FFG knows this…you gotta have Dark Elves and Undead.

This is another game that my daughter loves – she’s a mean orc coach. I had more pure fun with Blood Bowl and King of Tokyo this year than any videogame not called Dark Souls in 2011.

That says it all I think.