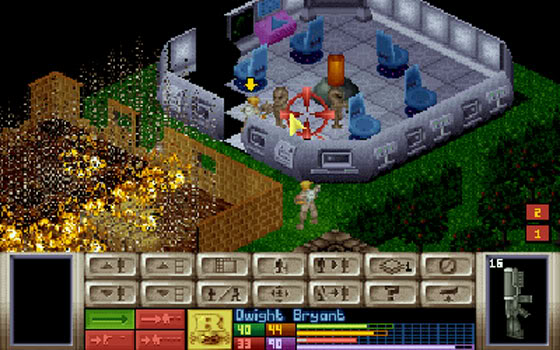 Obviously, I hardly need to tell you people about the big news today. That’s right: It’s my kids’ first day back to school! Also, some obscure company by the name of Firaxis -I think they once did some funky history of the world strategy type game- announced they are doing their own reboot of the venerable, and much-loved (by old people) X-COM* franchise. Unlike the one in development at 2k Marin, this will not be a shooter, but instead a more traditional take on the original 1994 game, as revealed today over at Game Informer. Here’s the money quote for those of you concerned about this also being ginned up for a console release:

The huge feature in February’s Game Informer goes into all the gory details of XCOM’s destructible tactical environments, the interaction between the real-time strategic view and the turn-based combat, how the XCOM organization improves its capabilities as the war rages on, and much more.

You had me at real-time strategic view and turn-based combat. Hugs!

Now, measured skepticism is always healthy. I would not be shocked to see the final product be more akin to X-COM: Pirates! Edition. And let’s not forget that Railroads! was not exactly a rip-roaring success. At the same time, if executed well, I could see a bit more simplistic re-imagining of X-COM working exceedingly well and bringing in a lot of new players. I may actually have to buy Game Informer this month, so I can find out some more. That’s something I’ve never done.

You do have to wonder how this affects the Xenonauts project. Those guys have been at work for a good long while now and it would be sad if it gets blown out of the water before it has a chance to rise or fall on its own merits. Hopefully there will be enough to differentiate the two games to make playing both of them worthwhile.

*I do realize the actual title doesn’t use a hyphen. I find this strange and vaguely threatening and will continue to use the hyphen as god intended.

10 thoughts to “X-COM Returns and It’s Not a Shooter!”