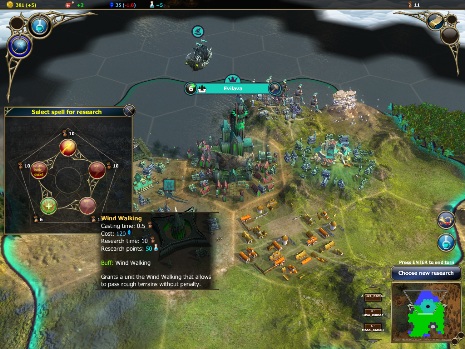 This game sort of popped up out of nowhere. I’m sitting at my desk and I get an email saying that a preview build of Warlock: Master of the Arcane is in my press account. Knowing nothing about Warlock: Master of the Arcane I started the download waiting for the five other games of Ascension I have going to get in gear. If we’re going to run a NHS Ascension tourney I need to play enough not to embarrass myself.

After taking my turns in Ascension, I started dabbling with Warlock and one thing smacked me dead in the face after booting up the game.

This looks almost exactly like Civ V. See that screenshot up there? That’s not a Civ V mod. That’s Warlock: Master of the Arcane.

Not that there’s anything wrong with that. Who doesn’t like the idea of fantasy Civ V?

It plays the same way–it clearly has a Civ vibe going on from researching tech (spells) to the way units move, earn rank, etc. I don’t see a diplomacy model in place but I am also not sure if this is feature complete. There’s a lot of placeholder art in place where real art will undoubtedly go when it’s done.

I spent about an hour with it today and here’s some highlights:

*I started as an Undead Lich King

*There are a LOT of Warlock options to start with and you can customize their starting abilities.

*The races are odd. You have “Humans”, “Undead” and “Monsters” as options. A fantasy game without Elves as a race option? What’s wrong with these people? Anyway the “Monsters” are stuff like Ratmen and Orcs. I do wish there more than just three though.

*Undead have access to Flying Rats, which at first I thought was weird but they are in fact “undead hybrid flying serpent rats” which is the coolest thing ever. They also act as scouts and can shoot at stuff from 2 hexes away.

*Units auto retreat if they take a lot of damage, which is great. Units need to have the option to “follow up” or not. Right now they just follow into the hex after a unit retreats from it.

*The AI was aggressive in this build. If I was in range it was attacking; again I see no diplomacy option so it looks like a knife fight in a phone booth type of deal .

*The interface is straight Civ V.

*You also receive quests from time to time from your advisor. The only one I saw was “Build a Harbor and earn 100 gold.” I’m assuming these become more interesting as the game goes along.

So, an hour of tinkering leads to me the conclusion that I want to see a lot more of Warlock: Master of the Arcane. I want to do a more complete and formal write up for GameShark after a newer build is released so I can see how feature complete the game is and I did run across a few expected bugs (fog of war not lifting at times, for example).  But I want to see more, which is always a good sign after playing an early build of any game.

More on this one later.

In the meantime here’s some more screens from my game: 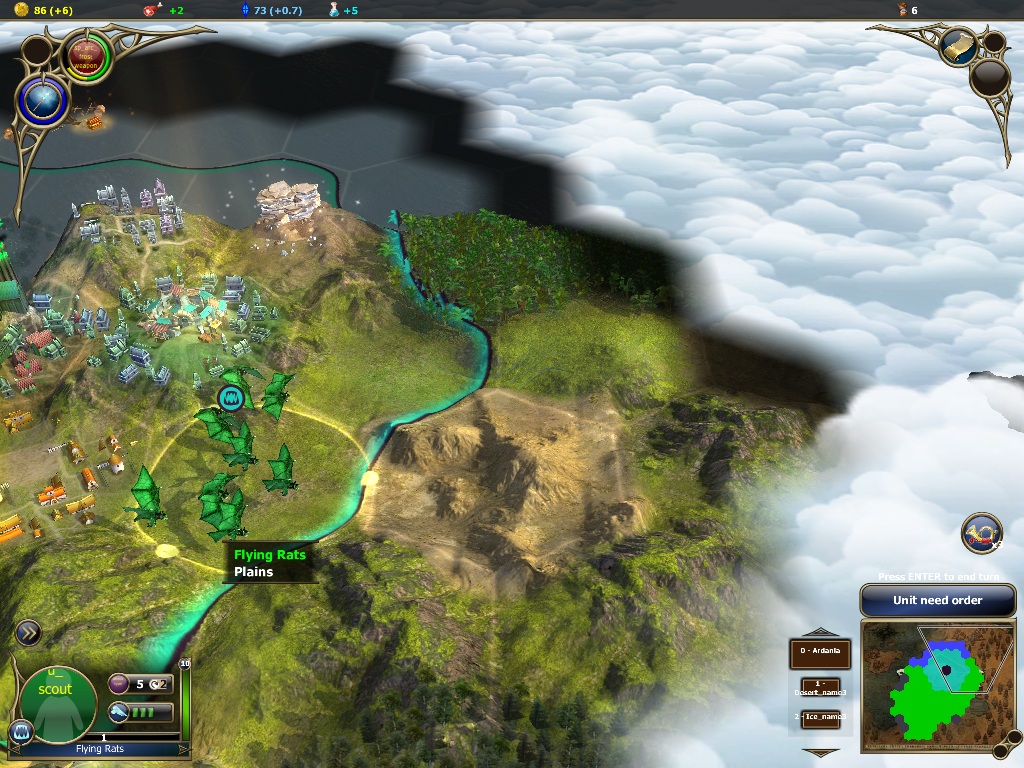 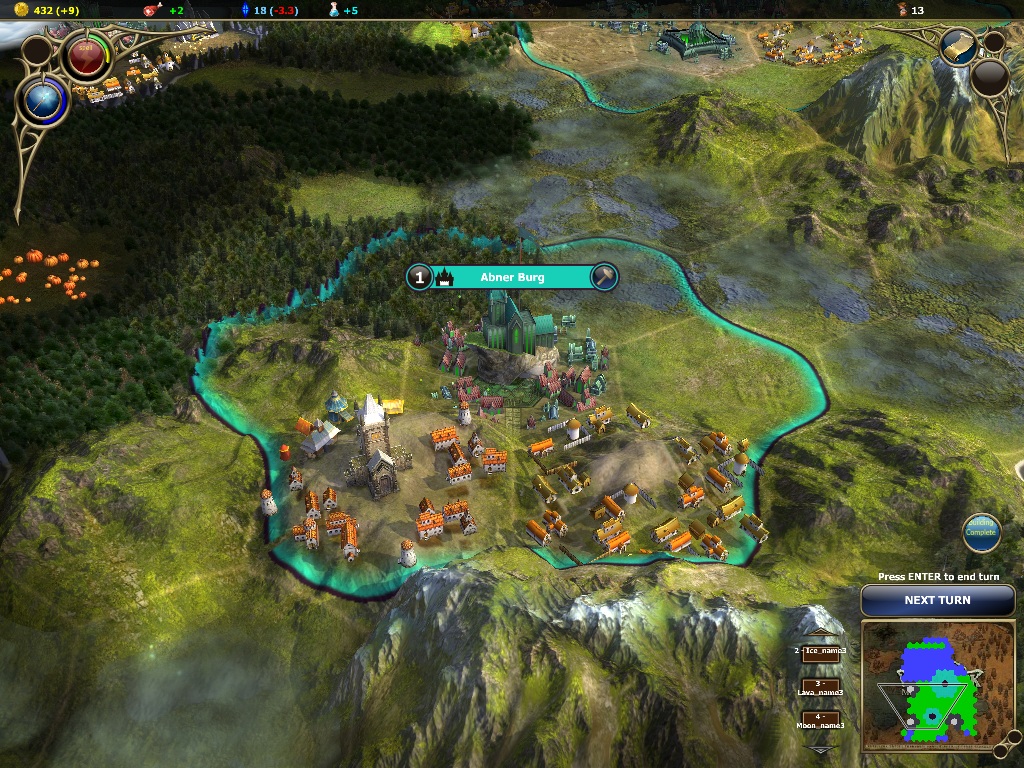