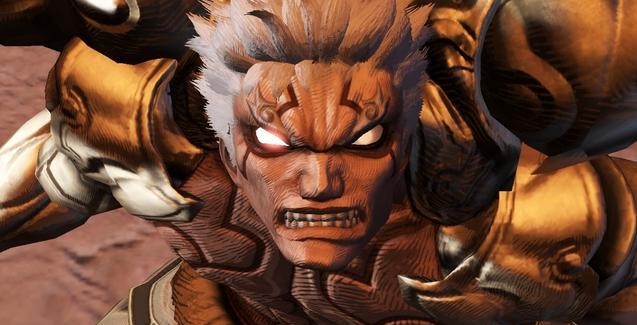 If Asura’s Wrath is going to set the pace for video gaming in 2012, we are eff you see cade- unless your idea of gameplay is tapping a B button repeatedly to fill up a gauge or twirling a stick at the right time to prevent having to watch a repeated cutscene segment over and over again.

I played through both of the boss fights in the demo that Capcom set loose upon XBLA and PSN last night, My initial reaction was to put on a sandwich board and go down to the street corner and proclaim that the end is nigh for video games. Or to lead a pitchfork-and-torches march of people who truly love video games to Capcom headquarters and demand that all copies be destroyed…

The game- at least as the demo presents it- is cynical, lazy, anti-game design at its absolute rock bottom. One boss fight, against a “planet-sized” boss is nothing but flashy non-interactive cutscenes with a couple of quicktime events and some rudimentary shooter sequences interspersed throughout its duration. And most of that duration is composed of grating, empty-headed anime jibber-jabber to appease the kind of dullards that would prefer dynamic camera angles and a phony sense of scale than story, narrative, or substantive gameplay. So what if the boss is “planet-sized”- a QTE is a QTE, and a QTE is not gameplay. It almost felt like playing Shadow of the Colossus but with all the, you know, actual gameplay removed.

The second boss fight is an unbelievably sloppy, ugly, and almost incomprehsible melee with another character that spouts off a bunch of nonsensical crap until you- yes- “press B to shut him up”. After about ten minutes of pulverizing this guy with QTEs and occassionally shooting him to no effect, I just started mashing the buttons at random. It felt like a knock-off Dragonball Z game made in by amateur developers that blew their entire budget on an orchestral score. I really don’t know what was going on at all, but it wasn’t fun in any way. I didn’t even finish the fight and went back to Netflix.

I had been looking forward to this game because I was under the impression that it was going to be something of a Bayonetta-class brawler, completely with utterly ridiculous boss and a larger-than-life scope. Instead, if the demo is to be taken as a representation of the final product, it’s even less of a video game than Heavy Rain was. Perhaps Capcom should have just been honest and called this download an “interactive trailer”. Who knows, maybe the final game will have all of this great brawler gameplay and a cool story. I won’t be there to find out.