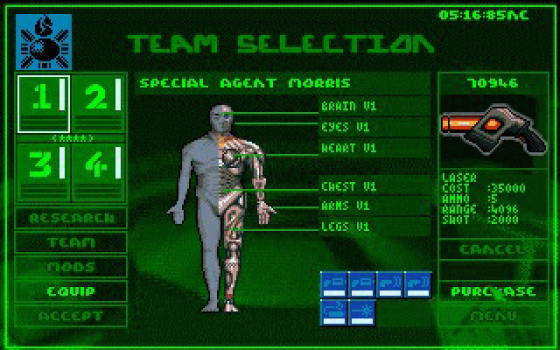 The legendary Syndicate will take over GOG.com on the 19th of January.

The original sci-fi strategy Syndicate will be released on GOG.com for $5.99 this Thursday. This gritty cyberpunk treasure shows up here with some bonus content: the game manual, dark SF artworks, and avatars.

I’m curious how it holds up.