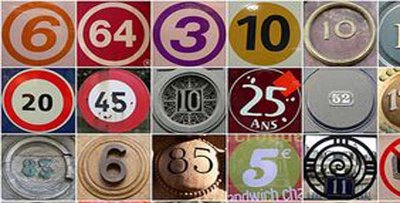 Around about the time that I bought an (original) XBox, I realised that I’d reached a point in my life where no longer had the spare time to just sit down and spend the whole day playing video games in my underwear. So, in order to make the most of my shiny new gadget I made a vow: before buying a game I would regularly scan review score aggregators, and I would only buy games that made the cut into the top fifty of all time.

One day I decided I wanted a game called Brothers In Arms: Road to Hill 30. As a game that combined real-time FPS action with some proper tactical thinking and a well-researched World War 2 setting it sounded like my dream video game. But I stuck to my vow and checked out the reviews anyway, and it made the cut so I went ahead and got it. And it was my dream video game: it, and its sequels are about my favourite console games of all time.

If you were to look now you’d discover that Brothers In Arms is no longer in the top fifty Xbox games of all time. You’d discover that its first sequel, Earned In Blood got critically panned for being too similar to the original although I myself lapped it up for that exact reason, and is nowhere near the top hundred. So if I’d been true to my original intentions, I’d never have bought the game or enjoyed what turned out to be some of the best video gaming experiences of my life. And you’d realise, if you haven’t already, that making stupid, nerdy decisions about quality based on numeric values is an idiotic and immature idea that you should never touch with a bargepole. Shame it took this exercise for me to learn that particular lesson but I was younger then and even more stupid than I am now.

It’s obvious when you think about it. No matter how many critics love or hate any particular game, if there are many things about it that appeal to the deep, dark, animal instincts in your gamer soul, you’re almost certain to like it, if not love it, even if it’s relatively poorly executed. The inverse holds true of course as well: if I were to review a Brothers in Arms game I’d slobber all over it like a young lover and that would mean my review was compromised from the outset.

Then there’s all the maths stuff involved in aggregating scores: the problems of trying to take different methods of assigning a game rating, converting them to something that’s both numeric and squashes flat any fine-tuning a particular reviewer has to convey extra information, and choosing a valid type of average. Hardly surprising that what comes out the other end is garbage.

And yet in spite of the futility of the concept of assigning numeric ratings to things, we seem to be addicted to it. Wikipedia entries about games are full of metacritic scores. Every major video game website I’ve ever visited uses a rating system. The central database site for board games, boardgamegeek, collects ratings from users that are compiled into a central list of ranked games which is obsessed over, analysed and constantly critiqued by a significant portion of that sites user base. And no wonder, since high aggregate scores can have a big impact on sales. We just can’t seem to help ourselves.

Enter NoHighScores. A big part of this raison d’etre of this site is to try and promote fun in games and to get away from the numbers as a game in itself. I admire that immensely, and I’m childishly excited to be a part of it. I admire it because it’s a great goal: numbers have become a tyranny that we need to escape from. More worryingly, numbers have become an impediment to having fun.

There are still people out there picking and playing games exactly the way I did, going through the motions mechanically because they think they’re supposed to like game A or game B rather than because they actually do and avoiding games X and Y, even though they look awesome, because the cognoscenti of the gaming world have told them not to bother. I know for a fact this goes on in the board gaming world, a lot, because I frequent a lot of forums and I see it in action all the time. I have little doubt it has a direct equivalent in video gaming although it may arguably take the form of fanboy-ism rather than ranking directly. It’s still just as dangerous.

And I can’t help but wonder if freedom from numbers isn’t partly what I find so refreshing about iOS games, and part of the reason why I’ve come to love them in spite of rejecting most current-generation gaming technology. The iOS game library is still relatively young and yet its population is burgeoning out of control. To my knowledge there are relatively few places that are going through the rigmarole of reviewing and rating iOS titles with anything remotely close to comprehensiveness, nor is anyone trying to do the equivalent of metacritic with the numbers that do exist.

So you’re free: free to look at games that excite you and buy them and play them for that reason and that reason alone, rather than because some remote, high and mighty journalist told you that you’d like it. But the burgeoning population is accompanied by burgeoning popularity and I don’t know how long that freedom is going to last. Enjoy it while you can.